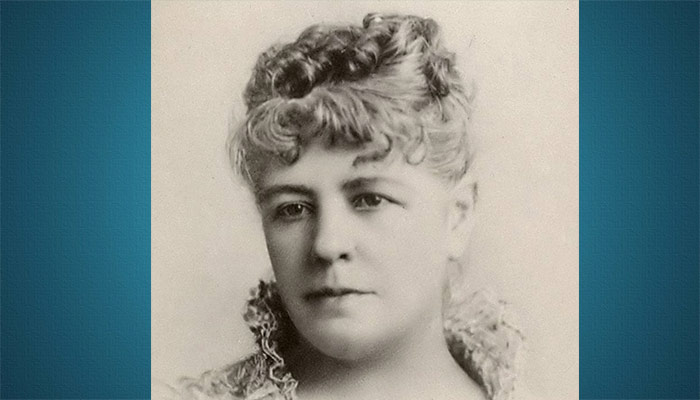 In 1851 a the age of ten, Ina traveled to California with her mother and step father, William Pickett.  Her first poems were published when she was only 12.  At the age of 17, her infant son died tragically and her marriage dissolved.  In 1906, she lost her home and all her possessions in the San Francisco fire.  Through the generosity of the best known writers of the day, another home was built for her.  During her lifetime, she received many honors.  In 1915, she was named the first poet laureate of California.
Sources: California Authors, San Francisco History and Jack London’s Ranch Album

She was born in Nauvoo to Don Carlos Smith (Joseph’s brother) and Agnes Coolbrith.  They named her Josephine Donna Smith.  Her father died of malaria the year of her birth.  Her mother became a plural wife to Joseph Smith and then George A. Smith Source: The Wives of Joseph Smith