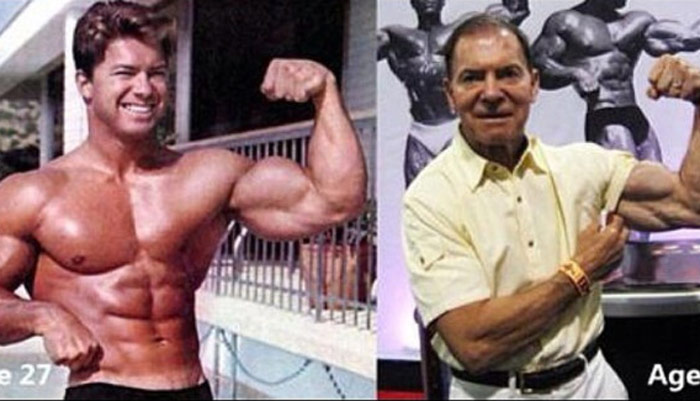 A skinny kid from Pocatello, Idaho, Scott became interested in body building when he accidently found a magazine and started exercising.  He worked hard, but he knew that to really compete, he would have to move to California.  He convinced his parents that he wanted to attend an electronics school, and he was able to train with some of the best.  His titles include: Mr. California 1960, Mr. America 1962, Mr. Universe 1964, Mr. Olympia 1965 and 1966. He also appeared in the film Muscle Beach Party.
Source: Larry Scott.com