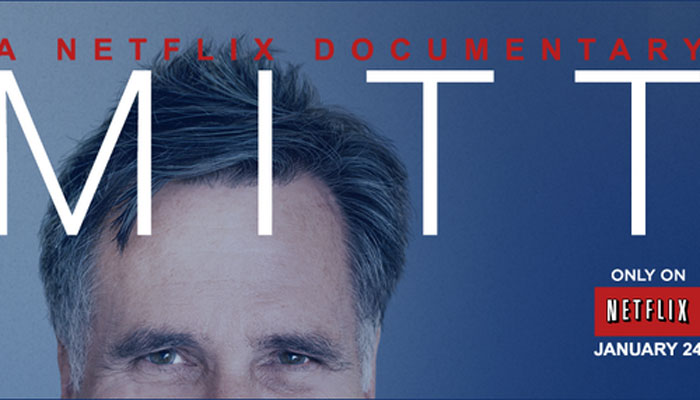 Just six days after the premier of “Mitt”  at the Sundance Film Festival  it became available on Netflix Streaming.  The Mitt Romney documentary, directed by Greg Whiteley who brought us the wonderful documentary “New York Doll” in 2005 the story of Mormon convert Arthur “Killer” Kane, of the rock band The New York Dolls. Following his bid to win the U.S. presidency, most Americans believed they knew Mitt Romney. With unprecedented access, this documentary tracks Romney from 2006 and his first effort to win the Republican nomination, through the 2012 elections, revealing the man behind the sound bites in an authentic view the public rarely glimpsed during the media frenzy of a national campaign.