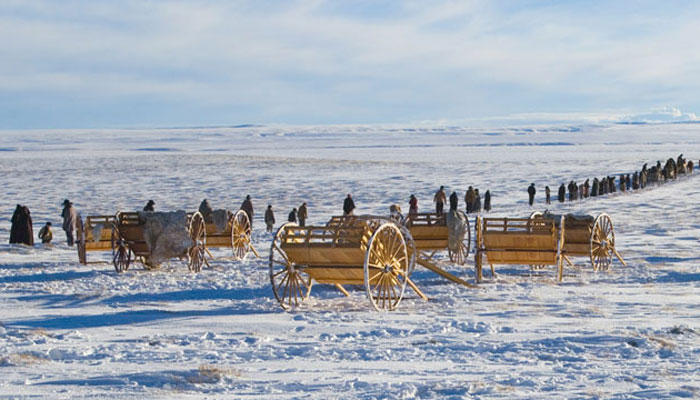 This film chronicles the epic rescue mounted by residents of Salt Lake City who set out to save more than 1,000 handcart pioneers — Mormons who traveled west pulling their belongings on small wagons — who became snowbound in Wyoming in 1856. Despite the rescuers’ heroic efforts, hundreds of the new settlers perished during that ferocious winter. Award-winning filmmaker Lee B. Groberg directs this documentary.