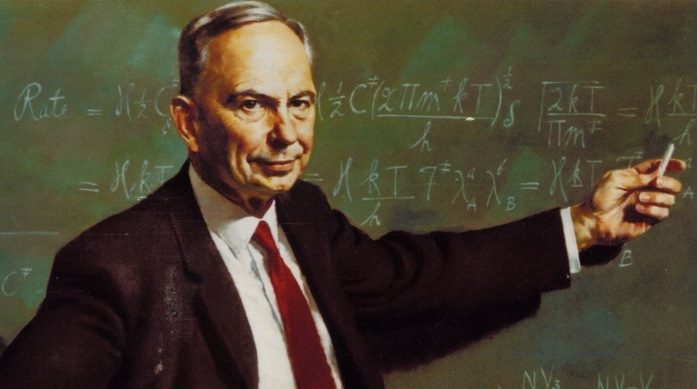 Henry Eyring (1901-1981) was a world-renowned theoretical chemist. He was born in Mexico and received a Ph.D. in chemistry from the University of California, Berkely. He was a professor of chemistry at Princeton University for 15 years and later served as the dean of the graduate school at the University of Utah.

Henry Eyring was the recipient of many awards, such as the National Medal of Science (1966) for dissolving the Absolute Rate Theory of chemical reactions. He was also awarded the ACS’s Priestly Medal (1975), Sweden’s Berzelius Medal (1979, the Wolf Foundation Prize in Chemistry (1980) and more.

He was named the President of the American Chemical Society (1963) and elected to the National Academy of Sciences. He is the author of over 600 scientific articles, 10 scientific volumes, and several books.

His son, Henry B. Eyring, is a member of the First Presidency of The Church of Jesus Christ of Latter-day Saints.