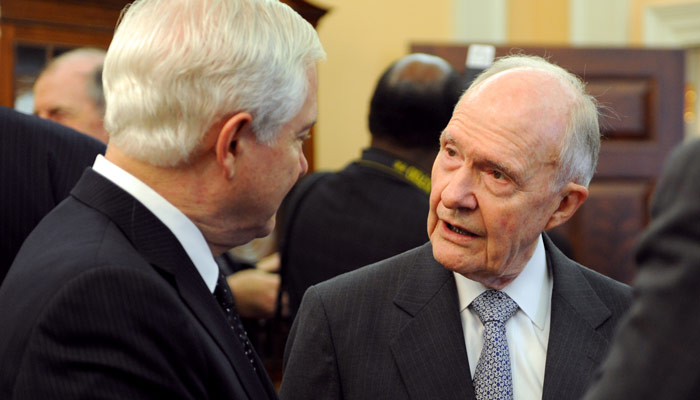 He became a Director of the Company in December 1994. General Scowcroft is the president of The Scowcroft Group, Inc., an international business consulting firm he founded in June 1994. He is also the president of the Forum for International Policy, a non-profit organization that he founded in 1993 that promotes American leadership and foreign policy. He served as assistant to the president for national security affairs for President George Bush from January 1989 until January 1993; he also held that position for President Ford during his term. Currently, he serves as a director of Pennzoil-Quaker State, an automotive consumer car care company. He received his B.S. degree from West Point and M.A. and Ph.D. degrees from Columbia University.
Source: QualComm