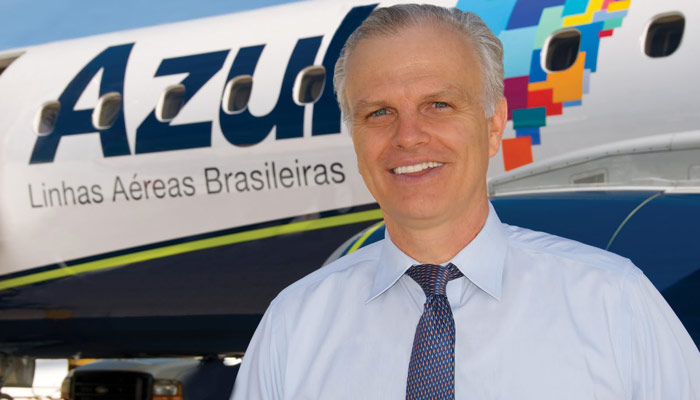 David Neeleman is JetBlue’s Former Chief Executive Officer and Chairman of the JetBlue Board of Directors. . Mr. Neeleman was a co-founder of WestJet and from 1996 to 1999 served as a member of WestJet’s board of directors. From October 1995 to October 1998, Mr. Neeleman served as the Chief Executive Officer and a member of the board of directors of Open Skies, a company that develops and implements airline reservation systems and which was acquired by the Hewlett Packard Company. From 1988 to 1994, Mr. Neeleman served as President and was a member of the board of directors of Morris Air Corporation, a low-fare airline that was acquired by Southwest Airlines. For a brief period, in connection with the acquisition, he served on the Executive Planning Committee at Southwest Airlines. From 1984 to 1988, Mr. Neeleman was an Executive Vice President of Morris Air. Mr. Neeleman attended the University of Utah.  On May 10, 2007, David Neeleman was replaced by David Barger as CEO of JetBlue[7] and on May 21, 2008 he was replaced as chairman of the board by Joel Peterson. On March 27, 2008 Neeleman officially announced plans to launch a new airline, Azul (Portuguese for “blue”), a domestic carrier in Brazil