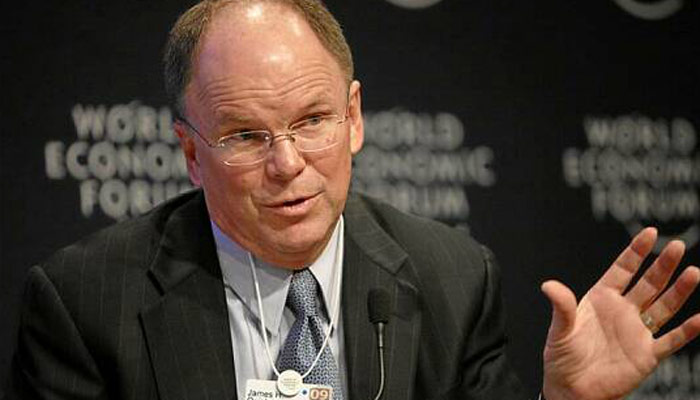 Jim received his Bachelor of Science degree from Utah State University and was awarded an honorary degree of Doctor of Commercial Science from Bentley College in Waltham, Mass.