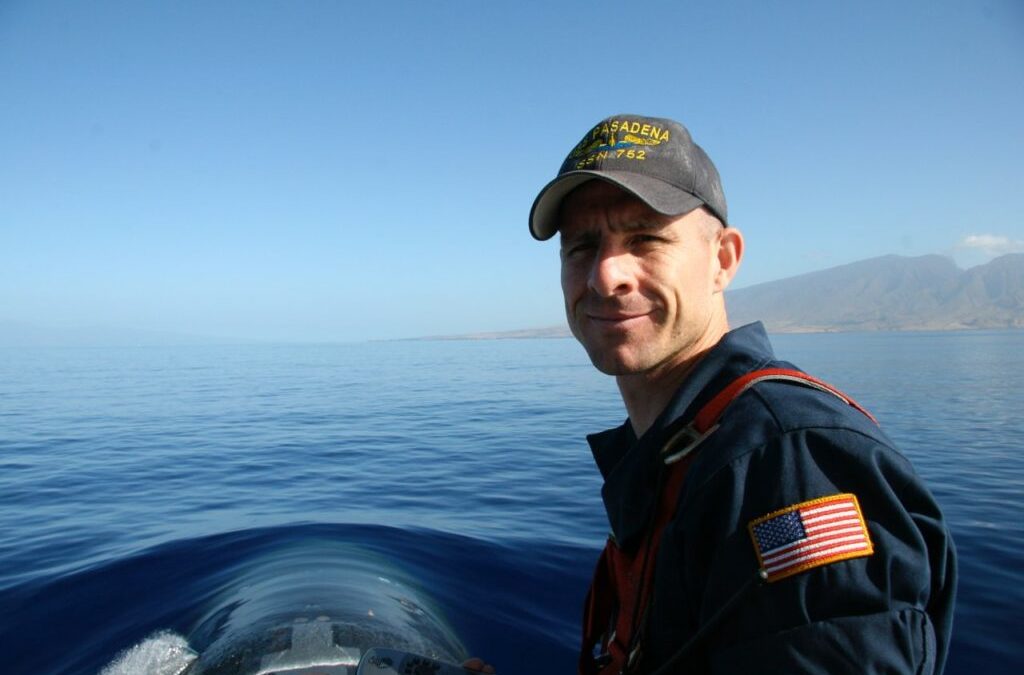 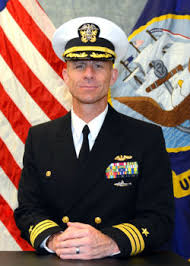 Many people, both Christian and non-Christian are familiar with the biblical story of Jonah and the whale. For three days, Jonah lived in the belly of a whale deep below the waves of the ocean.

Living aboard a modern-day stealth nuclear submarine might be somewhat comparable to living in the belly of a whale. Just ask U.S. Navy Commander Kelly Laing. Commander Laing is a member of The Church of Jesus Christ of Latter-day Saints (often referred to as “the Mormon Church) and currently serves as the first counselor in the bishopric of the Annapolis Maryland ward of the Annapolis Maryland stake. 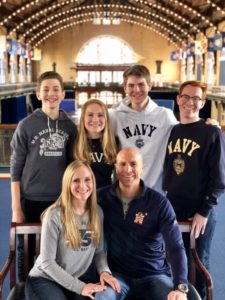 Kelly and Heather Laing with their children, from left, Mason, Ashley, Britton, and Quincy, pose for a picture at the U.S. Naval Academy in Annapolis, Maryland. Credit: Courtesy of Kelly Laing

Unlike the prophet Jonah, Commander Laing’s journey aboard submarines has lasted longer than three days. In fact, as a submarine officer, he has performed his duties underwater for more than half a decade. Also, unlike the prophet Jonah who was running from the Lord, the returned missionary says many of the most divinely-connected moments of his life have happened on top-secret missions “happening far from the sun’s glare.” He further commented that making the gospel a daily part of his life, whether on land or at sea, has afforded him the constant guidance and companionship of the Holy Ghost. He added, “Such spiritual companionship is available to all Latter-day Saints — military or civilian — who determine to stay linked to the divine even while facing the challenges of daily life.”

Commander Laing is a native of Idaho. He and his wife, Heather, are the parents of four children – Mason, Ashley, Britton, and Quincy. Having spent more than two decades in the Navy’s submarine community after first enlisting in the U.S. Marine Corps, he admits that being an active member of the Church in uniform has not always been easy. He told the Church News that his beliefs have been challenged “more times than I can count.” He continued, “But I also know that I’ve made it to where I’m at in life because I’ve lived the gospel.”

Although Commander Laing enjoys the story of Jonah and the whale, whenever he is about to embark on a submarine mission, his thoughts turn to another ancient mariner – the brother of Jared in the Book of Mormon.

When he is at sea, the top-secret nature of his submarine missions does not afford him the opportunity to schedule an appointment with the bishop or to call upon fellow priesthood quorum members when faced with doubts, uncertainties, and personal challenges. He cannot even counsel with his wife or four children who are typically a world away.

Nevertheless, he says that he never feels alone or adrift while performing his military duties. His strong anchor in the Rock, Jesus Christ, continues to hold because he has made the decision to live each day of his life as an active Latter-day Saint. Whether he is serving on land or at sea, Commander Laing’s daily routine includes three important things. He says, “First, I read my scriptures, every day. Second, I get down on my knees and talk to my Father in Heaven, every day. And third, I exercise, every day.” When serving at sea, he also participates in weekly Sabbath-day services to partake of the sacrament and to fellowship with fellow Latter-day shipmates. 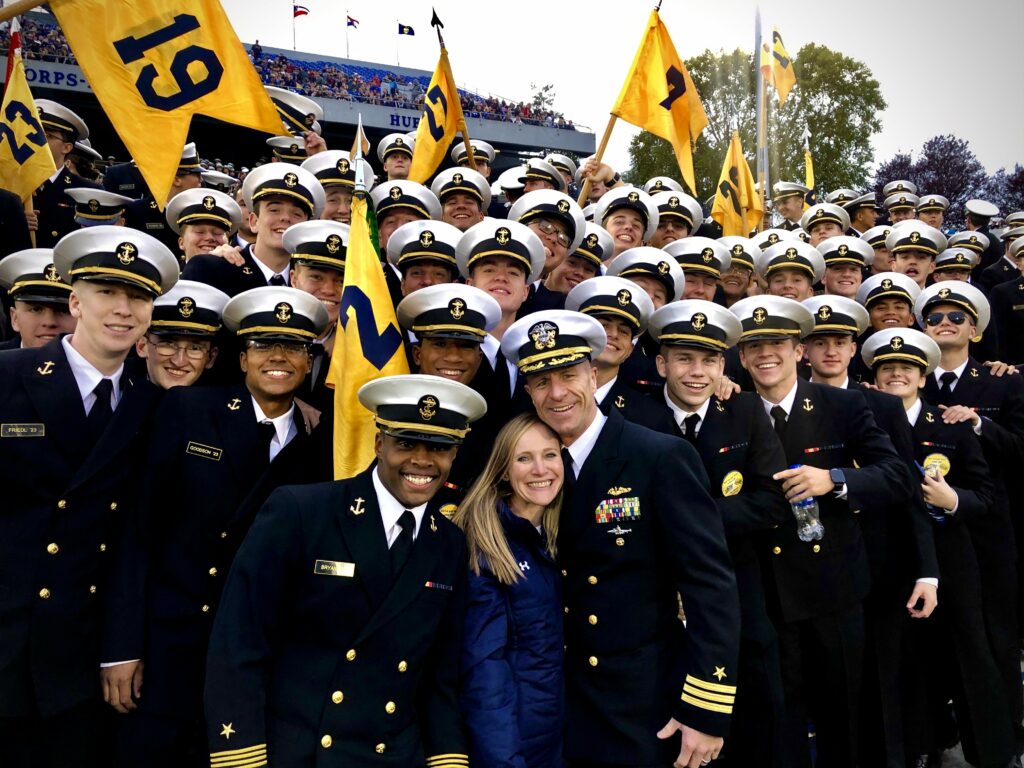 Kelly and Heather Laing, center, enjoy a fun moment at a Navy football game with midshipmen from the U.S. Naval Academy. Credit: Courtesy of Kelly Laing

Commander Laing has served on four submarines during his naval career, most recently as the commander of the U.S.S. Maine, an Ohio-class ballistic missile nuclear submarine. It has been said that when the “boat” is operational it would rate as one of the most powerful nuclear nations on earth. As a naval officer, he has served on submarines carrying up to 185 sailors.

Because of the classified nature of submarine missions, internet access is a rarety, making email service spotty at best. He said, “We go ‘black’ and into a top-secret posture. No one can know our position and we can’t have transmissions off the ship that would compromise our location.” So, before each deployment, he downloads general conference talks and other online Latter-day Saint resources.

His standards do not prevent him from relaxing and having a good time when the boat goes into foreign ports. He enjoys organizing outings for his fellow submariners like playing volleyball on the beach, going snorkeling or scuba diving, or going on an eco-adventure or visiting ruins. He says that planning such off-duty adventures “has also made it easier for other people to make the right decisions.”

Commander Laing says that his family remains his anchor (pun intended). While at sea, he gleans comfort in letters and photos from his wife and children. He credits his wife, Heather, “who has kept me alive in the home, even when I was away.” When he is at home, he says, “all my time is dedicated to my family and the Church and doing what my kids want to do.” He is also a staunch believer in father’s blessings and shares them often with each of his children. And when he’s preparing to ship out on a submarine deployment, he receives a priesthood blessing from his own dad. His current shore assignment as a battalion officer at the U.S. Naval Academy offers much-appreciated access to the temple and traditional Church gatherings.