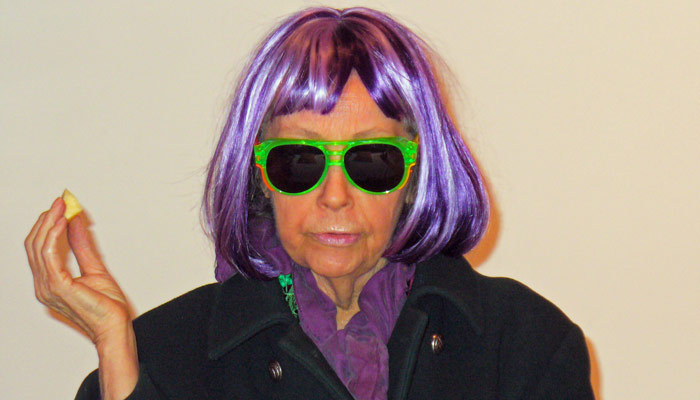 Isabelle Collin Dufresne “Ultra Violet” was an artist, author and both a colleague of Andy Warhol and one of the pop artist’s so-called superstars. She also worked for and studied with the artist Salvador Dali

In 1963, Dali introduced Isabelle to Andy Warhol, and soon she moved into his studio, “The Factory”. Warhol’s suggested she choose the stage name “Ultra Violet”, because it was her preferred fashion her hair color at the time was often violet or lilac. She became one of Warhol’s “superstars”, and appeared in over a dozen movies.

Violet, was baptized in 1981. From the day of her baptism until her death, she was a practicing member of The Church of Jesus Christ of Latter-day Saints. She died 14 June 2014 at the age of 78 her funeral was held in New York City at an LDS chapel.