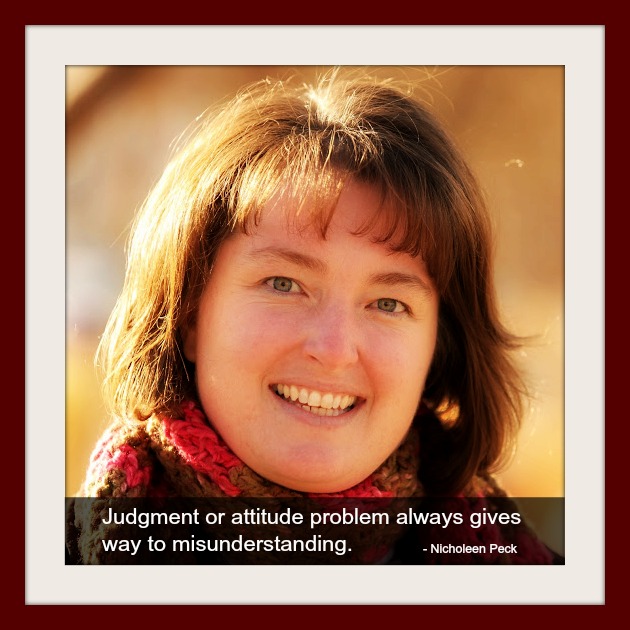 Some people may recognize Nicholeen Peck as an author. Some may remember her as one of the “World’s Strictest Parents” on the BBC documentary. Some may know her from her website “Teaching Self Government.” But all of these accomplishments began with a simple desire to follow the teachings of Jesus Christ as taught in the scriptures and by the modern prophets and apostles of The Church of Jesus Christ of Latter-day Saints—sometimes inadvertently called the Mormon Church. Nicholeen’s success is centered around her purpose in life: to be the best wife, mother and Latter-day Saint that she can be. In working toward this goal, she has learned skills that she is passing on to help others in their journey through parenthood.

In The Church of Jesus Christ, members are taught that “families are ordained of God.” Modern prophets and apostles outlined the importance of families in God’s plan for us in The Family: A Proclamation to the World: 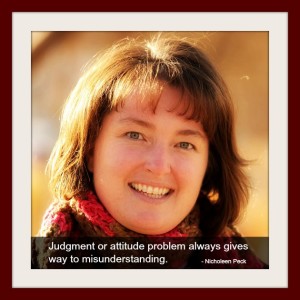 HUSBAND AND WIFE have a solemn responsibility to love and care for each other and for their children. “Children are an heritage of the Lord” (Psalm 127:3). Parents have a sacred duty to rear their children in love and righteousness, to provide for their physical and spiritual needs, and to teach them to love and serve one another, observe the commandments of God, and be law-abiding citizens wherever they live. Husbands and wives—mothers and fathers—will be held accountable before God for the discharge of these obligations.

As members of The Church of Jesus Christ, Nicholeen and Spencer Peck know the importance of families. So it is no surprise that the Pecks have focused their mission in life on families. And Nicholeen knows she is on a mission. She wrote:

For some time now I have realized that a mission isn’t a thing you do, or a place you go, it is a way you live your life. No matter what I am supposed to be doing in a day, I am aware that it is part of my mission, and it matters to God. So, each day I try to magnify who I am supposed to be; an instrument in His hands.

Nicholeen: A Mom Who Shares What She’s Learned

Sometimes, we make defining choices in our lives that may seem insignificant at the time—but they are actually laying a foundation for a greater purpose, a “mission” in life. For Nicholeen, it was the decision to support her husband, Spencer, in a career change that reduced his salary and required more schooling. In The Church of Jesus Christ, modern prophets have counseled mothers to not work outside of the home if at all possible. As The Family Proclamation states, “Mothers are primarily responsible for the nurture of their children.” Nicholeen and her husband had made a firm decision to follow that guidance. In 1998, with two preschoolers at home, they were not going to change that decision.  The Pecks felt that becoming foster parents for the Utah Youth Village in Salt Lake City—one of the largest private, nonprofit providers of residential treatment for children who are wards of the state—would allow Nicholeen to stay at home with their children and still support Spencer’s career change. In their new job as foster parents, the Pecks were required to complete intensive training and become certified in a system of foster care called the Training Family Model. [2]

Nicholeen and her husband learned the concepts of this system—which was developed at BoysTown—and implemented them in their home. The difference in their home was noticeable with improved communication, increased feelings of security and decreased emotional anxiety. The training, which is based on principles of self-government, meshes perfectly with the teachings of The Church of Jesus Christ. Joseph Smith, the first president of the Church, said, “I teach them correct principles and they govern themselves.” [2] That philosophy is also the foundation of the Training Family Model.

I taught behaviors, not medication. They would come to us on many medications and usually leave not on any medications. Many children are misdiagnosed. They just need to learn cause and effect better. [3]

Nicholeen was so inspired by the success she saw in her own children as well as her foster children that she eventually started an advice blog so she could share the principles and encourage other parents. [2] She also wrote a book called “Parenting: A House United” and began teaching parenting classes and seminars about the concept of self-government.

The Pecks— ‘The World’s Strictest Parents’

Nicholeen’s parenting blog opened the door to reality television. The BBC felt that the Pecks were ideal for the “World’s Strictest Parents” program after reading her blog. So in January 2009, the Pecks were asked to be on the show. The Pecks’ initial reaction was to reject the offer. They made a list of all the reasons to not participate. But Nicholeen said,

After we made our list of why not to do it we almost immediately had the distinct impression that we were supposed to do the show. The feeling was so strong that we knew we just had to do it. We decided to be dedicated to being completely authentic and running the show our way. I was actually preparing myself to battle the camera crew if they asked us to do anything which we wouldn’t normally do. I was so pleased when Ben, the director of the show, said that he wanted us to be completely natural and authentic and that he wanted us to basically tell him what the plan for the week was going to be. Don’t get me wrong, we had to have our regular life schedule approved, but they were insistent on not showing anything in our life which wasn’t real. [4]

Nicholeen said that their experience was amazing. Two 17-year-olds from Britain—James and Hannah—came to Utah and stayed with the Pecks for eight days. Nicholeen said of James, “On the outside we saw piercings, makeup, colored hair, skinny jeans, smoking [and] drugs… That’s what he lived for.” Of Hannah, Nicholeen said she was “all about makeup and skimpy clothes. She liked to show off everything that she had and use …profane words. She was a big partier.” Hannah also had a 10-month-old baby girl. [2]  Nicholeen wrote:

Hannah and James came expecting the worst.  I think they really thought we would be tyrannical and ornery.  I think they were much surprised to see that we wouldn’t power struggle with them over issues.  We were just going to calmly stick to our values no matter what they did.  This is our way.  Attitude problems and arguing don’t hurt parents if they have decided ahead of time that things like this don’t bother them. [4]

Nicholeen said she also learned about Hannah and James’ hopes and dreams for themselves. She said:

As the Pecks taught their British teens standards of dress, behavior and language and the value of work, they saw major changes in the youths. Nicholeen said:

I wasn’t sure it was possible in so short a time, but in 8 days the changes we saw were incredible. The reason these two were able to make changes so quickly is because they knew they needed changing. They had to volunteer to come here. They had to want to change. No change can happen unless the person wants it. …

Hannah and James went home with a changed vision of what was possible for their lives. By living with us and interacting with us and sensing our love and hope for them, they were able to make new decisions that are moving them away from their self-destructive lifestyles and toward becoming who they really, in their hearts want to become. [2]

Continuing Her Mission of Strengthening Families

After the show aired in November 2009, Nicholeen wrote:

We all have purposes in life, even if we don’t really know what they are until after they happen.  Doing this TV program and teaching people how to strengthen families is what I am supposed to do with my life.  This mission is for my God.  [4]

Nicholeen has not lost sight of her mission in the years since she discovered it. She continues her parenting blog and seminars. And although the steady contact has died down, she still gets emails from people who see her on “The World’s Strictest Parents” and are touched. She wrote recently:

Once a person decides to allow their family to be on a television show, there are no more secrets. So, since at least 2009 our family has been living like an open book. We showed the world how Mormons lived and they were inspired. Our episode quickly became the most watched episode ever on the BBC. People contacted me like crazy via Facebook and email wanting to know more about the way I raise my children and about my religion. We met so many wonderful people, who are still dear friends today. [1]

Now that Nicholeen has found her mission in life, she and her family continue to reach out to others, teaching her principles of self-government to help strengthen other families.