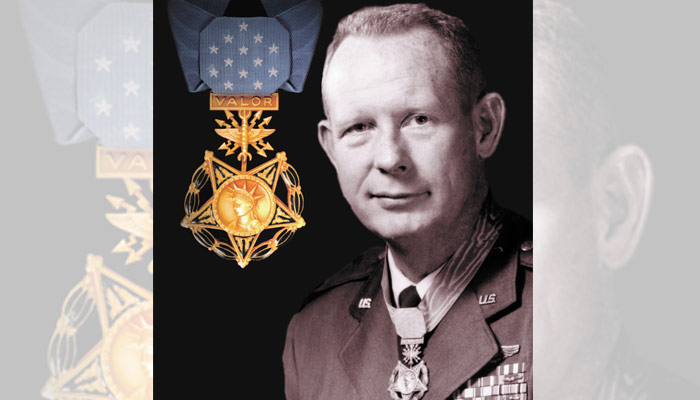 Coronel Bernard was an A-1E pilot during the Vietnam War. During a run over the A-Shau Valley 10 Mar 1966, supporting the ground based Special Forces, enemy resistance shot down his wingman, Major Wayne Myers. Without time to get aid, Major Fisher landed his plane on an all-but-destroyed airstrip, picked up his wingman, and flew him to safety. In total, nineteen bullet holes were found on his plane. For conspicuous gallantry and intrepidity at the risk of his life above and beyond the call of duty, he was awarded the Medal of Honor by President Lyndon B. Johnson, 19 Jan 1967. He is the first living US Air Force recipient of the Medal of Honor and the first USAF member to receive the medal from Vietnam.  Coronel Bernard passed away August 16th 2014