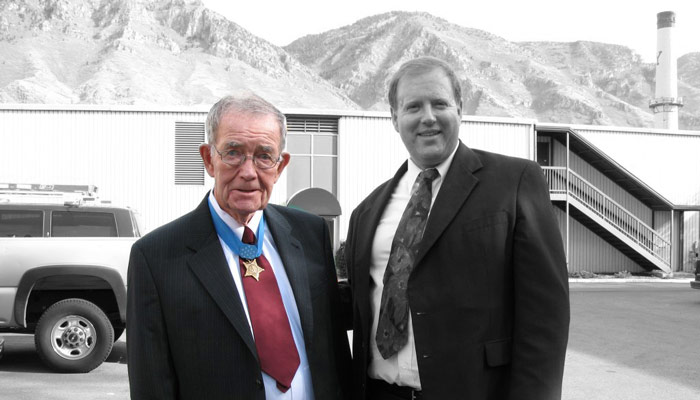 On February 26, 1945, he was wounded at Iwo Jima.  He remained on the battlefield, advancing forward of the frontlines to help a wounded Marine and carry him back to safety.  When an adjacent platoon suffered casualties, he cared for the wounded and treated 14 casualties before returning to his platoon.  Four days later, he was wounded again, but he refused evacuation.  He moved out with his company the following day rendering aid while exposed to Japanese fire.  After sustaining a third wound, he was unable to walk, but he crawled 50 yards to administer aid to another fallen fighter.  For gallantry at the risk of his life above and beyond the call of duty, he was awarded the Medal of Honor.

His biography, The Quiet Hero by Gary Toyn will be available 11 Nov 2005.  It features a forward by Senator Bob Dole and an introduction by Senator Orrin Hatch.  Wahlen is the last surviving Medal of Honor recipient from Utah.