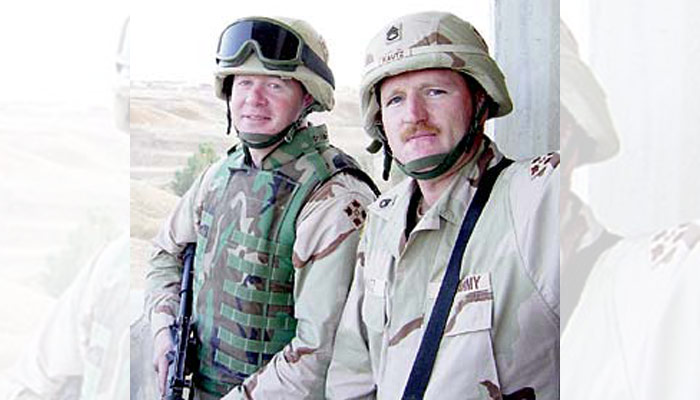 He grew up in Arizona and served a full-time mission to Holland and Belgium.  He graduated from Univeristy of Utah and began teaching high school English.  After September 11, 2001, he switched careers and joined the Army.  He is attached to the 104th Military Intelligence Battalion and played a pivotal role in the capture of Saddam Hussein in December 2003.  He and his partner worked for eight months reading through interrogation reports and plumbing a huge database provided by central military intelligence.  Finally, they created a four-page, 46-by-42-inch color-coded chart with 300 names on it identifying Hussein’s relatives, associates and henchmen.  The chart was used to apprehend leaders of Iraqi resistance cells including Saddam himself.  His unit returned to the States in April 2004.
Source: LDS soldier helps nab Saddam by Jason Swensen, Church News, 24 Jan 2004