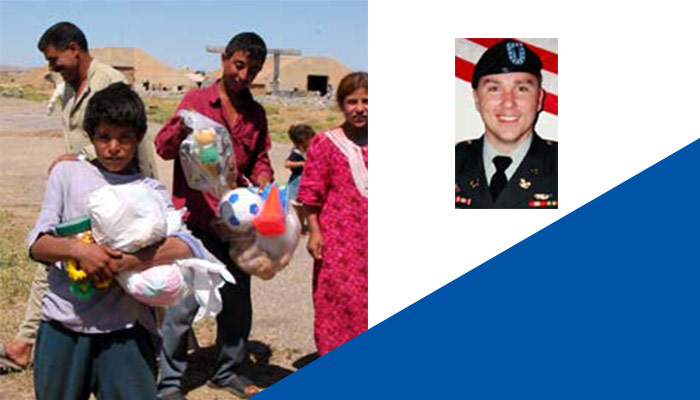 His primary duty as part of the 82nd Medical Company in Iraq was flying a Blackhawk helicopter into combat zones, then transporting injured soldiers to safety.  One day in April 2004 he and his crew were flying north of Kirkuk.  They spotted a group of children kicking around a flattened, weathered soccer ball.  The crew returned to base and gathered up loose balls, Frisbees and other recreational equipment.  Then they flew back to the village and dropped the toys to delighted children below.  He wrote his mother in Tremonton, Utah for more toys, and the word spread.  The toy bombings have offered regular, home-front folks a chance to deliver a measure of happiness to Iraq.
Source: LDS toy bomber drops goodies to war-weary Iraqi children by Jason Swensen, Church News, 03 Jul 2004, Page Z07