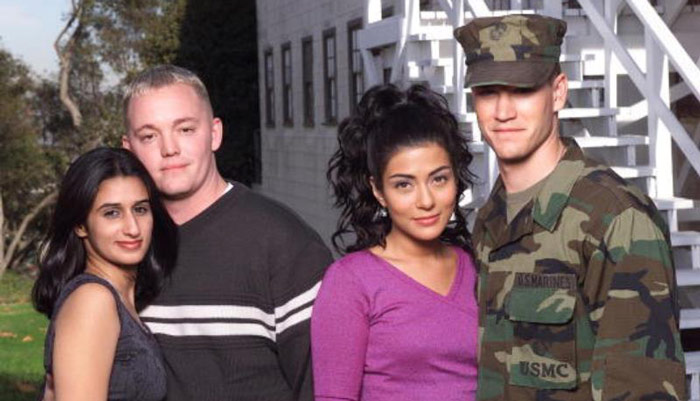 He is from Long Beach, California.  He served a full-time mission in Texas. While serving with a counter-terrorism unit providing security to US citizens in Bahrain in 1999, he met and fell in love with Meriam Al-Khalifa, a distant cousin to the king of Bahrain who was expected to marry another member of the royal family.  He was court-martialed (and demoted) after smuggling her into the US in November 1999.  They appealed to the press, and she was successful in gaining political asylum and US citizenship.  They were married 16 Nov 1999.  The FBI once told him they had intercepted a man who claimed that he had been paid $500,000 to assassinate her.  He was granted an honorable “humanitarian” discharge with the provision that he not be allowed to re-enlist.  He got a job as a parking valet.  They participated in the making of a made for TV movie in 2001.  Sadly, they separated in 2003 and on 17 Nov 2004, they divorced.
Source: The Princess and the U.S. Marine By Scott Pierce, Deseret News, 11 Jan 2001, P2