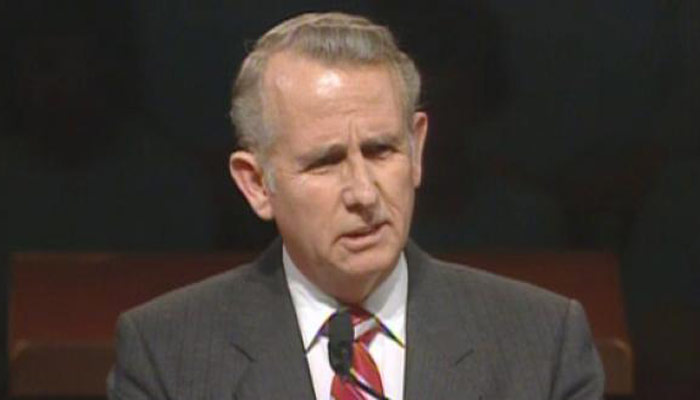 Not since Joseph Smith was lieutenant general of the Nauvoo Legion has there been a General Authority of the Church who was actually a general.  Elder John R. Lasater, sustained in April conference 1987 to the First Quorum of the Seventy, becomes the first. A retired Air Force general and F-4 fighter pilot by profession, Elder Lasater, fifty-five, has been serving as president of the New Zealand Auckland Mission. Born 8 December 1931, Elder Lasater married the former Marilyn Jones of Samaria, Idaho. They are the parents of four daughters—Mary Lynn, Leslie Ann, Melanie, and Carolyn,and a son Garth.