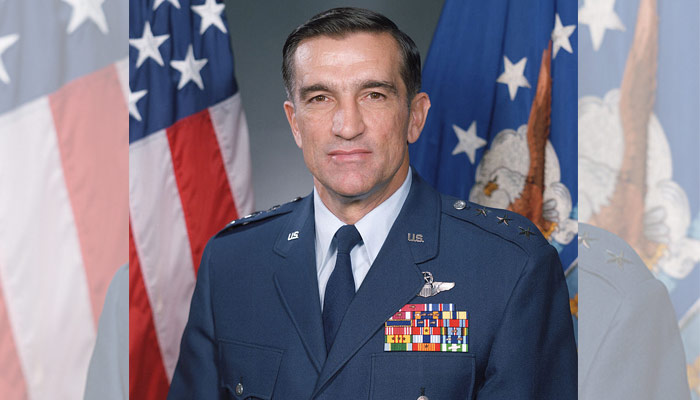 The first LDS four-star general, he retired from the US Air Force in 1994, after serving on the Pentagon staff, as commander of the 86th Tactical Fighter Wing and later US Air Forces Europe at Ramstein AFB in Germany, and allied NATO forces in Naples, Italy, among other assignments.  He is a Vietnam veteran.  At the time of his call to be a general authority (2000), he was senior vice president of operations for US Airways.  At that time, he was president of the Pittsburgh Pennsylvania North Stake.  He has also served as mission president’s counselor, Young Men president and gospel doctrine teacher.  As a Seventy, he presided over the Africa Southeast Area.  He was born in Los Angeles, California. He has six children.  In 2004, he replaced Elder Uchtdorf in the presidency of the Seventy.
Source: New authorities, LDS Church News, 09 Oct 2004, page Z23