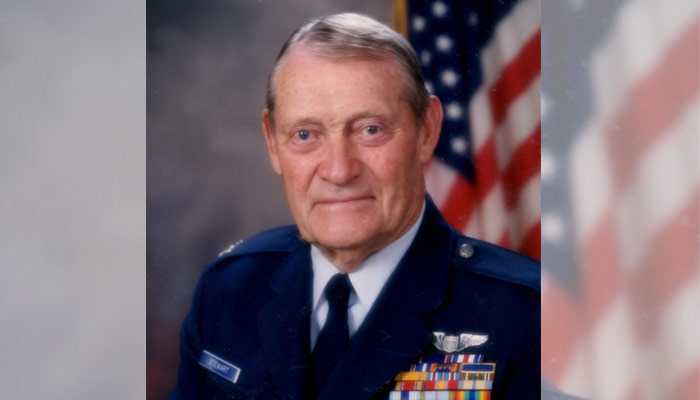 During World War II, he piloted a B-24 bomber named the “Utah Man.”  He led a crew of ten men on the surprise bombing of Hitler’s oil fields in Romania.  One hundred sixty planes participated in that raid, more than 50 of them did not return.  The “Utah Man” was last to return to base in Libya, with all tanks empty and the plane full of holes.  This was his 31st mission.  Only 25 missions were required at the time in order to retire from bomber duty.  He was belatedly awarded the Distinguished Service Cross in the 1990s for his participation in the mission.  It had originally been awarded to someone else by mistake, due to a paperwork mix-up.  He participated in the making of the documentary film titled “Wing and a Prayer, The Saga of Utah Man” which tells the story of this historic raid.