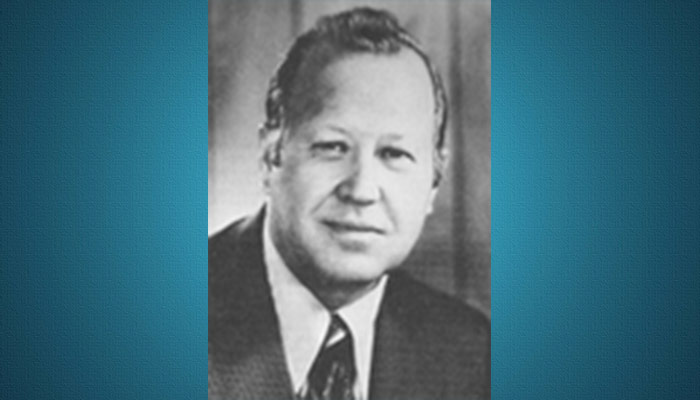 Delwin Morgan Clawson  (born January 11,1914 in Thatcher , Arizona)  served as mayor of Comptan, California  from 1957 until 1963. He was elected as a  Republican to the Eighty-eighth Congress, . He was reelected to the seven succeeding Congresses and served until his retirement at the end of his last term on December 31, 1978 . He died in Downey California on May 5,1992 .  wikipedia.org

From Time Magazine Jun 21, 1963:     Last week, saxophone-playing Del Clawson won easily, with 33,086 votes to 21,951 for Porter, the runner-up. A Mormon who says he feels “emotionally close to George Romney but philosophically closer to Barry Goldwater,” Clawson for several years has mailed paperback copies of Goldwater’s Conscience of a Conservative as Christmas cards. In his first term as mayor of Compton, he eliminated bonded indebtedness and reduced city tax rates by one-third, was promptly re-elected in 1961.