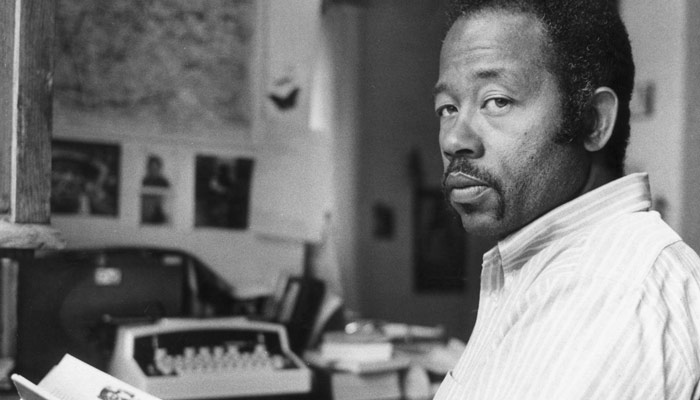 Leroy Eldridge Cleaver,  born in 1935) socio-cultural theorist, and minister. Born in Wabbaseka, Arkansas, Eldridge Cleaver moved west to Los Angeles in 1946, where his family lived in an impoverished African American/Chicano neighborhood. In 1953 and 1957 Cleaver was convicted for narcotics possession and assault and spent almost thirteen years in the California penitentiary system.

By the late 70s, Cleaver had experimented with a number of religious groups most notably Sun Moon’s.   Not surprisingly, his views of Mormonism were strongly colored (no pun intended) by the negative views of the Church within the Black Power movement.  Cleaver’s first “Mormon contact,” interestingly, was with Carl Loeber, an activist with the Peace and Freedom party that sponsered Cleaver’s presidential run who had joined the Church in 1970 as he renunciated the Black Power movement. Cleaver met with Elder Paul H. Dunn (then administrator for California) and would be later introduced by Loeber to Cleon Skousen during a Know Your Religion class in San Jose.   Cleaver even traveled to Salt Lake City to meet with President Ezra Taft Benson. Cleaver was baptized in December 1983  mormonmatters.org