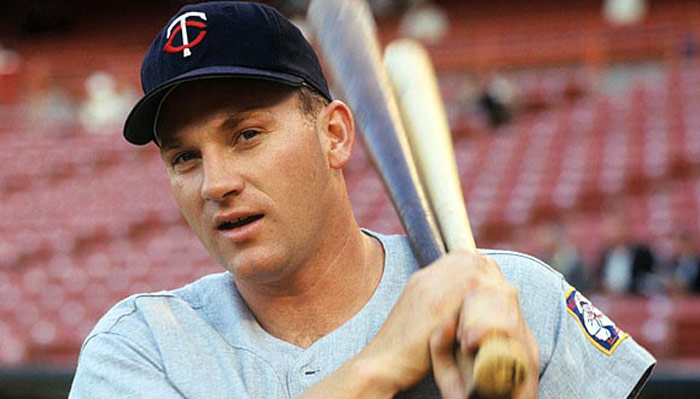 Washington Senators  Minnesota Twins Kansas City Royals Born in Payette, Idaho.   He began his Major League baseball career in 1954.   The “Killer” hit 573 career home runs and more than 40 home runs during a single season on eight separate occasions.   He played for 22 seasons on 3 different teams and ended his big league playing career in 1975.   He was inducted into the Hall of Fame in 1984.   (It is believed his silhouette inspired the current Major League Baseball logo.)