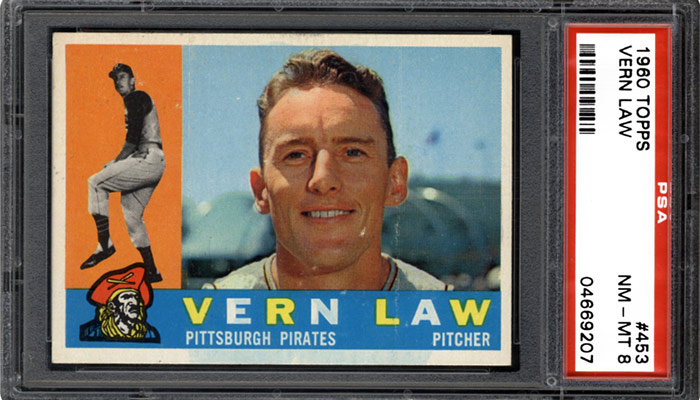 During his playing career, Vern Law earned the nickname “Deacon” for his clean Mormon lifestyle.

Nicknamed the “Preacher” by his teammates because of his deep religious beliefs.   He was largely responsible for the Pirates’ World Championship in 1960.   Legend has it that while Law was on the bench, his teammates in the dugout regaled the umpire with profane language.   Knowing Law and his convictions, the umpire approached him and said he didn’t belong in the company of those men that day and sent him to the showers.

Vernon Law was a big reason the Pittsburgh Pirates took the National League Pennant in 1960. He won the Cy Young Award that year with a 20-9 record and 18 complete games.

He received the Lou Gehrig Memorial Award as comeback player of the year. Vern and his wife, VaNita, had six children: Veldon, Veryl, Vaughn, Varlin, VaLynda, and Vance. On a sidenote, Vance also played in the major leagues and is currently the head baseball coach at BYU.

Legend has it that while Vern was on the bench, his teammates in the dugout yelled at the umpire and used profane language. Knowing Vern and his convictions, the umpire approached him and said he didn’t belong in the company of those men that day and sent him to the showers.

Vern carried a red spiral notebook throughout his career and filled it with hundreds of inspirational quotes he entitled his notebook “Words to Live By.” When he felt pain in his pitching arm in 1961, for example, he wrote, “Difficulty can be the means of opening up a new opportunity.”

Here are more examples of his quotes:

Experience is a hard teacher because she gives the test first, the lesson afterward.

Some people are so busy learning the tricks of the trade that they never learn the trade.

If you don’t play to win, why keep score?

Vern gained the nicknames “Deacon” and “Preacher” because of his religious beliefs. Ray Robinson in an article about Vern titled “The Power of Prayer” wrote: “He prays every morning with his wife Vanita, and four sons, Veldon, Veryl, Vance, and Vaughn. Often, while he is pitching, he bows his head and prays, and when he does many a batter has probably tried to read his lips, figuring Vern might be telling the Lord what pitch he’s got on his mind.”

“I ask for strength,” Vern said about his praying. “I don’t expect my prayers to be answered in a positive way at once. I just want to be able to do my best. Prayer doesn’t guarantee anything for anyone. It’s just that a person—whether he’s an athlete or anything else—needs to be humbled once in a while.”

Vern received attention from the major leagues when he was playing in American Legion tournaments. Word traveled quickly about the talented pitcher from Idaho and nine major league teams sent scouts to watch Vern.

As the scouts showed up at the Law home in Meridian, Idaho, team representatives usually showed up smoking cigars. The Law family was turned off by the scouts’ smoking habits.

However, when the Pirates’ team executives showed up at the house, they weren’t smoking cigars. Instead, they brought chocolates and roses for Vern’s mother. Then halfway through their presentation, the phone rang. On the other end of the line was singer and movie star Bing Crosby, who was the vice president of the Pirates at the time. Vern said of the experience, “My mom about fainted.” Not surprisingly, Vern signed with the Pirates.

Vern found out years later that the Pirates had certainly done their homework on Vern’s religious beliefs. They had given all the other team representatives the cigars so the Pirates would be looked at favorably by the Law family. 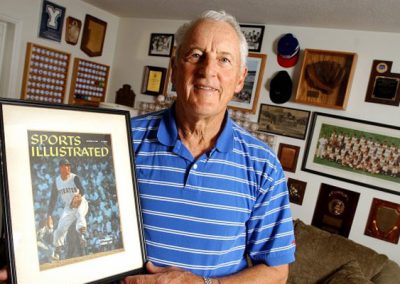 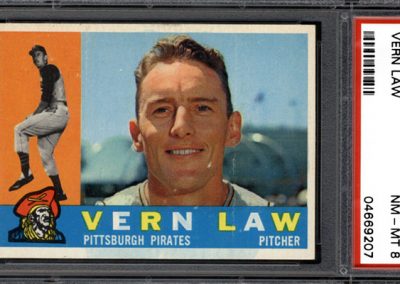 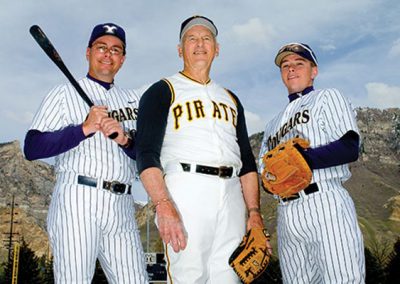 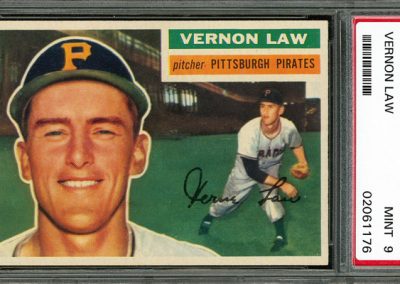