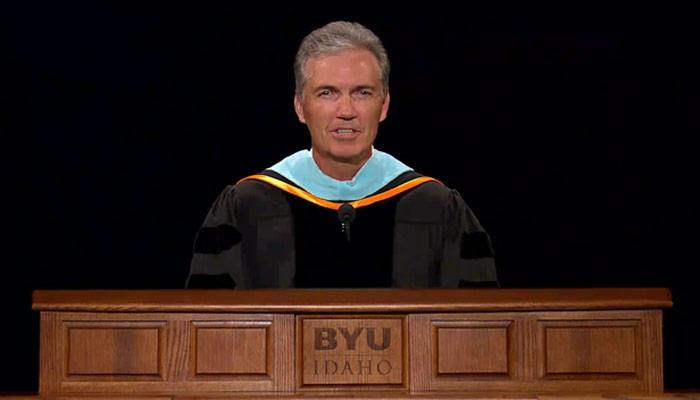 He played at Brigham Young University and in 1984 he was named District 7 Player of the Year and a consensus All-American. He was also an Academic All-American twice. In 1984, Durrant was chosen by the Indiana Pacers as the 25th pick in the NBA Draft. He played a season with the Pacers and part of a second season with the Phoenix Suns. He also played professionally in Spain and France. en.wikipedia.org

Devin G. Durrant was serving as president of the Texas Dallas Mission when he was called as the second counselor in the Sunday School general presidency. He has served in numerous other Church callings including institute instructor, stake Sunday School presidency member, stake presidency counselor and bishop. LDS.org