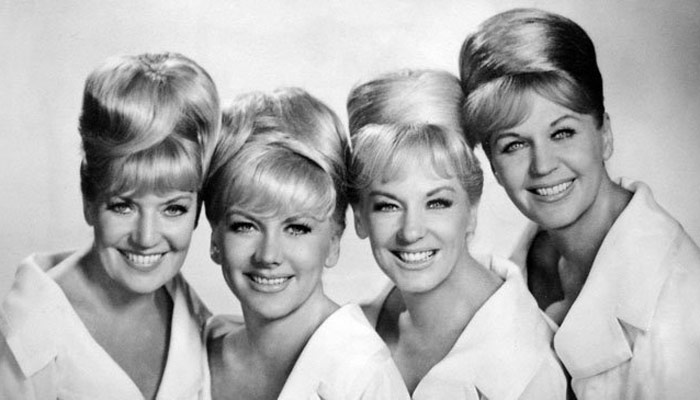 One of the big band era’s most popular and enduring vocal groups, the King Sisters — Donna, Yvonne, Luise and Alyce — were born and raised in Salt Lake City, UT. Taking their stage name from their father, vocal trainer Daddy King Driggs.

The King Family had several incarnations up through the early 70’s. The show was renewed for the 1966-67 season, and made a brief comeback as a regular series in the Spring of 1969. They also did several guest appearances on Ed Sullivan and Hollywood Palace. In 1967, they began producing a series of holiday specials, beginning with Thanksgiving and Christmas. By 1971, they ended up with a special for every month of the year (there was a joke about “Groundhog Day with the King Family”), many of which were repeatedly aired in syndication for years after.