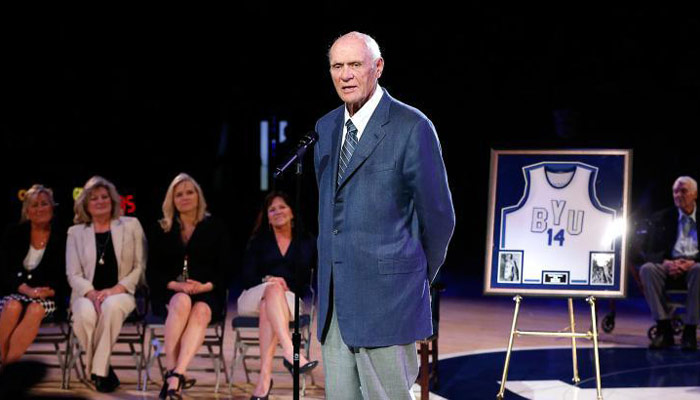 Mel Hutchins played for BYU in the early 50’s. He was an all American, and was the star on the team that won the NIT . He was a four year letterman at BYU, was the second pick in the NBA draft, played 7 years in the NBA and was a 4 time all-star. He has worked at the San Diego temple. He also appeared in four NBA Star-Games, and he retired in 1958 with 4,851 career points and 4,186 career rebounds