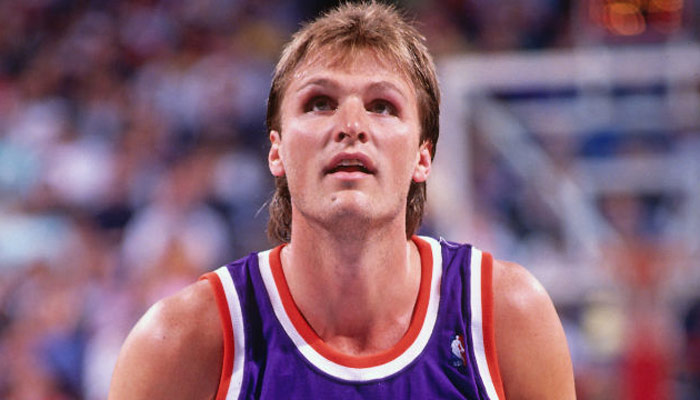 During the late ’80s and early ’90s, he was were the driving force behind the Phoenix Suns’ high-octane offense. Over the course of five seasons, he guided the Suns to three Western Conference Finals appearances and one trip to the NBA Finals in 1993. In 1993-94, he moved on, spending a couple of seasons playing alongside Karl Malone and John Stockton in his home state of Utah, and a couple more bouncing between teams. But to Phoenix fans, “Tommy Gun” would always be a Sun. Upon retiring in 1997, he returned to Phoenix, joining the Suns’ community relations staff, and on April 19, 1999 was inducted into the team’s Ring of Honor.
Source: NBA.com