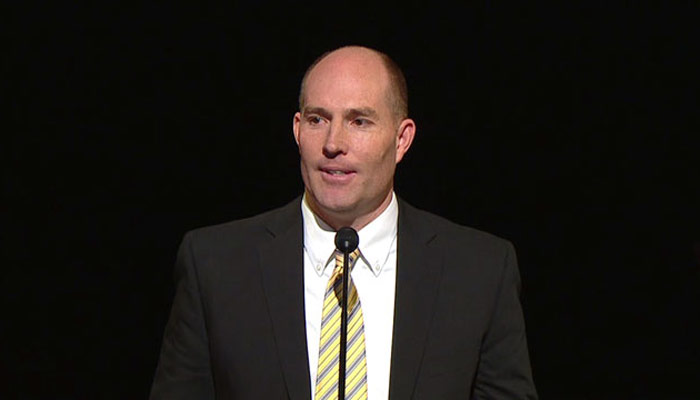 His rookie year was 1997.   He will provide audio for the new NFL web site which has been translated into Mandarin Chinese.   He learned to speak Mandarin as a Mormon missionary in Taiwan (1990-1992).
Source: “The National Football League is looking for new audiences and it’s using the Web to find them,” by Paul J. Gough, MediaPost, 12 Jan 2004