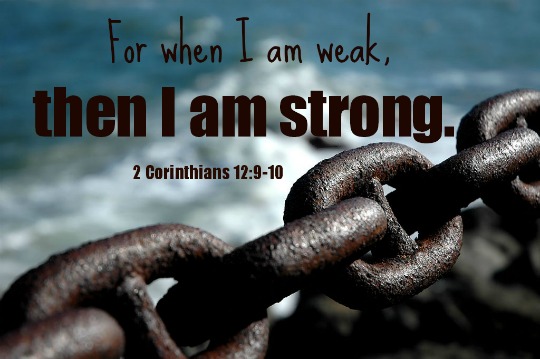 Manti played college football for the University of Notre Dame, was recognized as a consensus All-American, received eight national awards and became one of the most decorated college football players of all time. He was drafted as the sixth pick of the second round by the Chargers in the 2013 NFL Draft.

One of the enduring stories of Notre Dame’s 2012 season was Te’o’s strong play following the death of his grandmother and girlfriend, as well as his emergence as a Heisman Trophy candidate. In January 2013, the sports blog Deadspin revealed that the existence and death of his girlfriend had been faked. An acquaintance of Te’o confessed to orchestrating a hoax that lured Te’o into an online relationship with a nonexistent woman.

Manti Te’o stands out in many ways. He is 6 feet, two inches tall, of Samoan heritage but born in Hawaii, is one of six children, is a Mormon, and attends a nearly all Catholic university. He is also attracting intense attention for his skills on the football field at Notre Dame University, where fewer than one percent of students are Mormons, a nickname sometimes given to members of The Church of Jesus Christ of Latter-day Saints. He is a practicing, believing Mormon who is not shy about sharing his faith, even in a Catholic school.

Manti was a contender for the Heisman. Although he eventually lost it because defensive players never do win, many felt he had earned it more than the winner. Notre Dame was not expected to have much of a season in 2012 because their quarterback was not as good as he needed to be, but Manti has pulled the team to the top. He has been called a leader who inspires the rest of the team to be better than they otherwise would be. The press celebrated his reaction to the loss—an immediate smile as he stood and congratulated the winner. He has admitted that although he wanted the award, he’d rather have a championship than a Heisman.

Despite that loss, however, he won six other awards that week, a figure unheard of in college sports. He won the Lott trophy for the defensive player who had the most impact on his team that year. The winner of that award must have a strong academic record, perform community service, and be a team leader. He also won the Chuck Bednarik Award for the top defender, the Maxwell for best player in the country, and the Butkis award for best linebacker (with an obligation to give back to the world), the 43rd Rotary Lombardi Award for excellence on and off the football field, and the Nagurski award. He is considered one of the most decorated athletes in Notre Dame history.

Manti Te’o is a graphics design major and is a senior. He has 103 tackles and has the longest starting streak of any linebacker in history —47. He is also a National Scholar-Athlete.

Recently, Manti learned he had been the victim of a cruel hoax carried out by a former high school classmate. This classmate and others invented a girl named Lenny and found a woman to portray her. They “introduced” her to Manti, who began communicating with her by internet and telephone. She said she had cancer, and Manti, known for his caring heart towards people with challenges, developed a friendship and then an emotional relationship with the actress’ persona. As he became more famous, the perpetrators decided to end the game by having her die of cancer within days of his grandmother’s death, thereby increasing his suffering, since he had been very close to his grandmother. The actress had prepared for that moment by telling him that if she died, he was to send flowers, but not attend the funeral. Instead she wanted him to play his best game ever. The “death” was timed to occur just before an important game and the same week his grandmother died. Manti Te’o did what he had promised and played one of his best games ever. Notre Dame’s athletic director, Jack Swarbrick, speculated on possible motives for the hoax:

”We had no idea of motive, and that was really significant to us. . . . Was somebody trying to create an NCAA violation at the core of this? Was there somebody trying to impact the outcome of football games by manipulating the emotions of a key player? Was there an extortion request coming? When you match the lack of sort of detail we lacked until we got some help investigating it with the risk involved, it was clear to me until we knew more we had to just to continue to work to try to gather the facts,” (See Story of Te’o’s Dead Girlfriend a Hoax.“)

Te’o first learned he was a victim the day after Christmas when the girl called him to announce she was not dead. He promptly notified his parents and then his coaches, who hired a private investigative firm to look into the situation. They identified a probable suspect, based on access to a specific photo used, which belonged to a woman who did not know her picture was being used to represent another person. The suspect was someone Manti knew in high school. It is not yet known how many other people were involved, although it is apparent there were multiple people involved in the game. The athletic director noted that Manti, who has always been very trusting, as extremely honest people often are, will never again trust the world as much as he did, and this saddened him. Manti said he hoped other young people would learn to be more careful online a a result of his experience.

The media has become aware that there is something special about Manti that goes beyond his talents on the football field.  Less than a month after the death of his grandmother, he wrote a letter to the parents of a twelve-year-old girl who died, offering them comfort borne of his own experience in losing those he loves. He considers himself to have a special obligation to young people who want to make something of themselves and has always been noted for his high moral character. This is a natural outgrowth of his membership in The Church of Jesus Christ of Latter-day Saints, whose members are taught from childhood to serve others and to be an example.

Keeping his Head in the Game