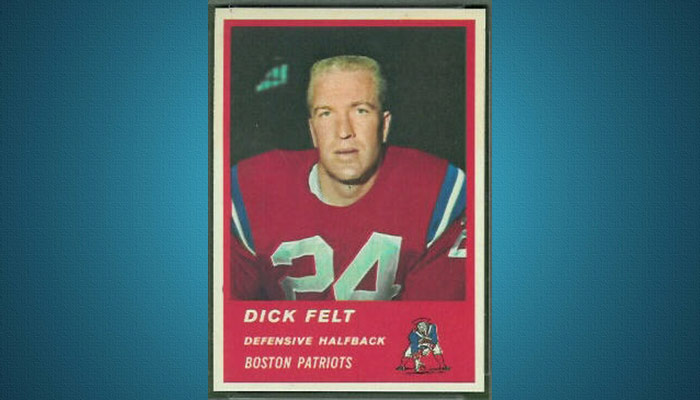 Dick was a former American college and Professional Football defensive back who played collegiately at Brigham Young University and professionally in the American Football League for the New York Titans and the Boston Patriots. He scored the winning touchdown for the Titans against the Buffalo Bills in the Thanksgiving Day game of November 23, 1961. Felt was a two-time AFL All-Star selection. he passed away November 17, 2012