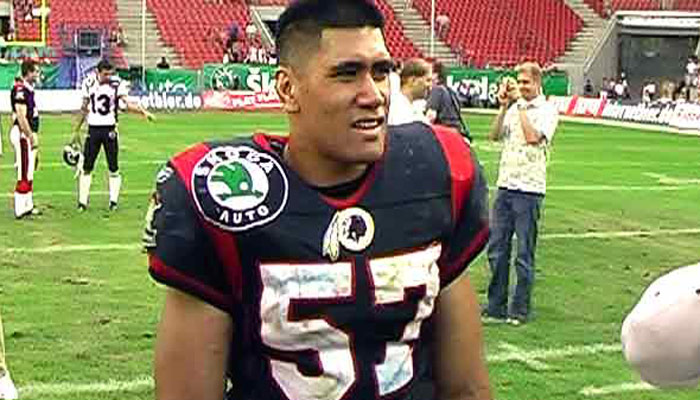 He was born in Honolulu, Hawaii and played college football at San Diego State.   His rookie year was 1999 with the Detroit Lions and the New Orleans Saints.   In the spring of 2000, he played for Barcelona Dragons of the NFL Europe League, and he was third on the team with 48 tackles.