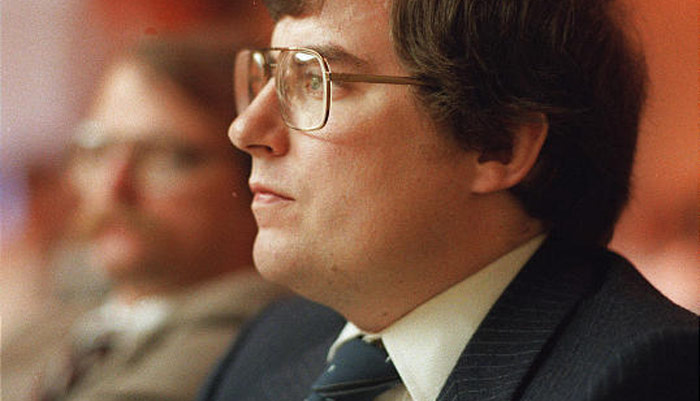 He was raised in a “devout” LDS family. He served a full-time mission. He married in the Salt Lake Temple in 1979. He has four children. His most notorious forgery is known as the Salamander letter. It depicted Joseph Smith as a practitioner of folk magic, and related a very different account of how he obtained the Gold Plates. In 1985, he planted two bombs which killed Steven Christensen and Kathy Sheets. He was badly injured while transporting a third bomb. During the investigation, police discovered Hofmann’s studio where he had created his forgeries and other incriminating evidence. He was arrested for the murders and forgery in February 1986. He pled guilty to lesser charges to avoid the death penalty, and was sentenced to life in prison.

Hofmann fooled some very renowned people with his forgeries. Ironically, two of his most outspoken critics were Jerald and Sandra Tanner, who are sometimes described as “professional anti-Mormons”.