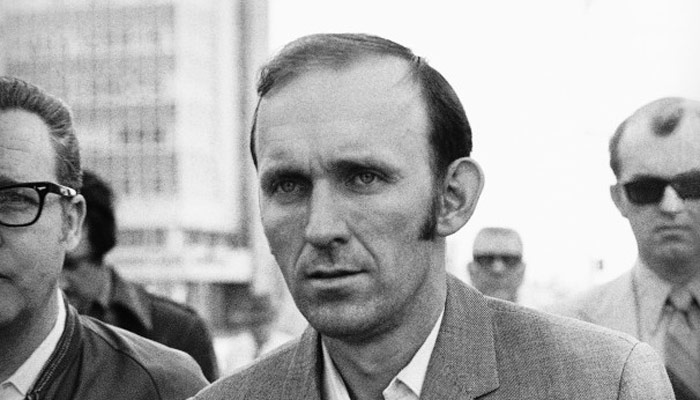 He was a Vietnam veteran, a helicopter pilot, and a capable skydiver. He was 29 years old. He was a police science major at Brigham Young University, and he was having serious financial problems. On April 7, 1972, he hijacked United Airlines Flight 855, a Boeing 727 en route from Newark, New Jersey, to Los Angeles, California, with 85 passengers and a crew of six, after their stopover in Denver, Colorado. Approximately 20 minutes after takeoff, at 5:18 p.m., he was observed in his seat holding a hand grenade. When an off-duty pilot attempted to assess the situation, he pulled out a handgun and an envelope with instructions. He demanded $500,000 in cash and four parachutes. The crew complied with his demand and the passengers were released in San Francisco. He then instructed the crew to fly to Utah, and he bailed out over Provo. He was arrested two days later. He was tried, convicted and sentences to 45 years in prison.

Bernie Rhodes, the chief U.S. probation and parole officer for the District of Utah in 1972, believed that Richard McCoy and D.B. Cooper were the same man. D.B. Cooper hijacked an airplane for $200,000 and jumped out over the Pacific Northwest in 1971. He was never apprehended. The money was never recovered.