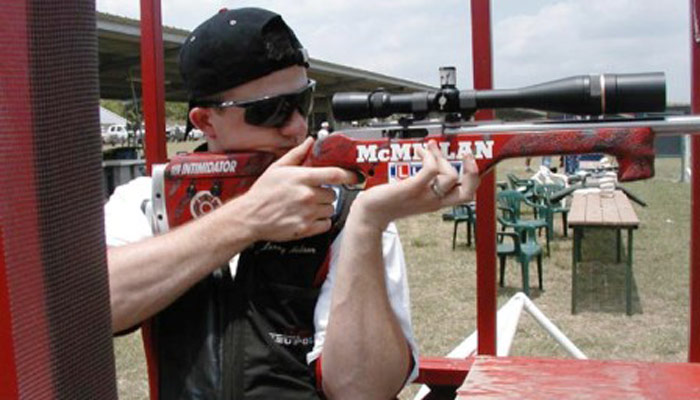 Larry started shooting competitively at about 14 years old.
He got his start as a junior counselor/range officer at Camp Geronimo, the Grand Canyon Council’s Boy Scout Summer Camp. He helped run the Muzzle Loading Range, and tried his hand at Black Powder competition. In his first match, he set a record for Junior off-hand (standing) 100 yard, and he was hooked! He soon transitioned to Olympic/Collegiate Smallbore and Air Rifle. He has competed in the USA Shooting Olympic Qualifying matches in Atlanta and Ft. Benning Georgia, the NRA/CMP Championships at Camp Perry, Ohio and numerous other local, state and invitational matches. He enjoys shooting in all disciplines, and has also won National Championships in High Power at Camp Perry, and 3-gun matches (STC).

Some of his accomplishments include: