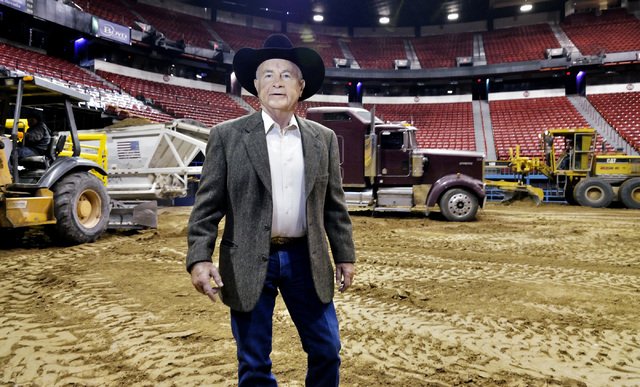 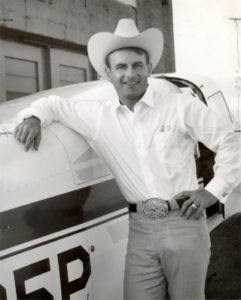 Shawn Davis, a three-time world champion saddle bronc rider, is a member of The Church of Jesus Christ of Latter-day Saints (often mistakenly referred to as the “Mormon Church). He was born on 7 December 1940, in Butte, Montana. Much of his life has been devoted to the sport of rodeo.

Davis won his first World Championship title in 1965, earning a cash prize of $25,000, and then captured back-to-back titles in 1967 and 1968. His second gold buckle, which he won in 1967, is currently on display at the Pro Rodeo Hall of Fame. He was leading the world standings again in 1969 but was severely injured in Thompson Falls, Montana, when a bronc fell on him, causing him to break his back. At least one surgeon predicted that Davis would never be able to ride even a gentle horse again. However, following intensive, self-motivated physical therapy, 13 months later, he was back in the saddle riding broncs and won the saddle bronc riding at the first rodeo he entered. 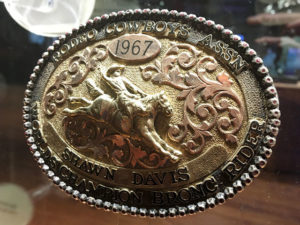 In 1971, Davis returned to the National Finals Rodeo (NFR). In 1979, he was inducted into the Pro Rodeo Hall of Fame. Since 1986, he has served as the general manager of the Wrangler National Finals Rodeo and was a major proponent of moving the NFR from Oklahoma City, Oklahoma, to Las Vegas, Nevada. Before retiring in 2007, he served on the Professional Rodeo Cowboys Association (PRCA) Board of Directors and was the president of the PRCA from 1982 – 1985. He was also the rodeo coach at the College of Southern Idaho in Twin Falls for 29 years and his extensive rodeo background earned him the prestigious title of Legend of Rodeo in 2011. 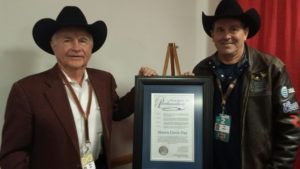 Besides bronc riding, Davis also holds a Montana State Golden Gloves boxing championship and was a Montana Athlete of the Year. He has been the subject of numerous newspaper and magazine articles, with most sports writers seeing him as more than a cowboy, but rather as a professional athlete who specializes in saddle bronc riding. A writer for the Philadelphia Inquirer commented, “Shawn’s versatility is apparent not only in rodeo but in all sports. He works at keeping physically fit and engages in many sports, including boxing … swimming, surfing, golf, skiing, tennis, handball—you name it, he can do it.” Life Magazine referred to him as a “saddle bronc rider with a Tarzan build and an extraordinary talent for spurring a horse to a good ride while hanging on with apparent ease.”

Davis is a convert to The Church of Jesus Christ of Latter-day Saints. He was first introduced to Latter-day Saints while visiting his cousins who lived across the street from an LDS chapel. He became a member of the Church during his college days. He recalls:

My folks would let me go to church on Sunday, and since my cousins lived close to the Latter-day Saint chapel, I would visit them, and we would all go there together. I had always been impressed with the Latter-day Saint kids in school; it seemed like they could all get up in front of an audience and speak, and they also seemed outstanding in other ways. Then I started going to a lot of church activities. I liked MIA and social activities. By the time I was junior in high school, I began attending church all the time and really tried to live the gospel. I lived the principles for about four years before I decided to be baptized.

Many writers and most of the cowboys know him not as Shawn but as Bish, short for bishop. He says that the principles of tithing and living the Word of Wisdom have brought tremendous blessings in his life both spiritually and physically. According to LDS.org, there are a lot of people who attribute their introduction to the gospel to Davis. One of his favorite activities is assisting the missionaries. Whenever he is invited, he sometimes travels across four or five states on an airline or his own plane to tell investigators about rodeoing and the gospel. He starts off by explaining some of the finer points of bronc riding and then ends the meeting by telling his audience why the gospel is so important. He has said, “I guess this approach has helped opened a few more doors for the elders.” Davis’ personal formula for success is applicable to almost anyone making decisions about their future life: “Live the gospel, and do what is right, and you won’t go wrong.”