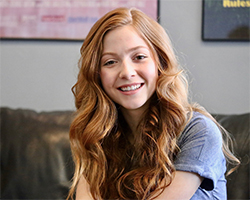 Lexi Walker is a powerful young singer who has captured audiences from around the world. She is only 16 years old with the vocal chords to match Beyonce. Lexi has only taken formal singing lessons since 2013.

Lexi had her big break when she sang “Let it Go” from Frozen with Alex Boyé.

She was only 11 when she sang. She was a member of the One Voice Children’s Choir when she connected with Alex Boyé. She has won Canyons Idol Vocal Competition in 2013. She sang the National Anthem at the Real Salt Lake soccer game. She sings all over Utah at the Conference Center in Salt Lake, Assembly Hall on Temple Square Salt Lake, and the Stadium of Fire in Provo.

She has appeared on America’s Got Talent, Good Morning America, Beijing TV, and The Queen Latifah Show. Her vocal chords have landed her the opportunities to sing with Lindsey Sterling, Jenny Oaks Baker, Kristin Chenoweth, and David Archuleta. Lexi has traveled and toured all around the United States, Japan, and China.

Lexi came out with a Christmas Album when she was 13. Some of the songs listed are “O Holy Night,” “Let it Go,” and a French song, “Pat a Pan.” She recently performed all of these songs at the BYU-Idaho’s 2017 Christmas Concert. 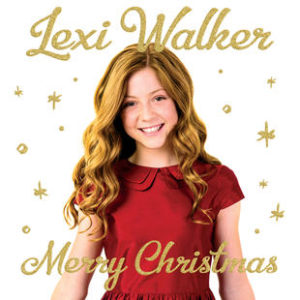 Lexi is fun loving, energetic. In an article from LDSLiving, she said, “Having fun is [the] success. As long as you’re doing the things you love, you’re going to be successful. Mostly, I just feel really lucky and I’m really grateful that I get to have this opportunity!”

Born and raised in Utah, Lexi is a member of The Church of Jesus Christ of Latter-day Saints. On her about page of her website, she shares the hashtag, #sharegoodness, a campaign put on by the LDS Church to share the gospel. Lexi strives to share the gospel as she travels around and sings.