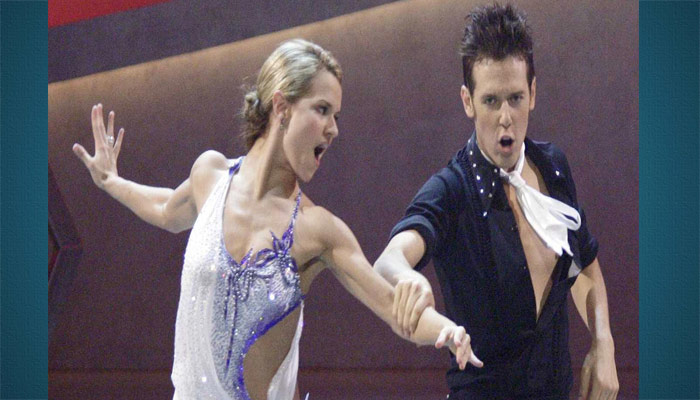 Dancers So You Think You Can Dance

The winner of the 2006 season of  So You Think You Can Dance was announced on August, 2006. The winner Benji Schwimmer, after 16 million votes were collected for the season finale.

He appeared on So You Think You Can Dance” He  said on the air he served a 2 year mission, during which his girlfriend “dear-johned” him. On “So you Can Dance” there was someone in the audience who had a sign made like the insignia on the “CTR ring” that read “CTB” with Choose the Benji written underneath.

He served a mission in Oaxaca, Mexico

Schwimmer isn’t the only Mormon on the show. Contestant Heidi Groskreutz is his cousin and the two of them arranged to go to a singles ward near the Los Angeles LDS Temple following Sunday morning and afternoon show rehearsals.
And Allison Holker and Jaymz Tuaileva (who was eliminated July 6, 2006) were raised in Orem and went to a homecoming dance together at Timpanogos High School.  Salt Lake Tribune

Heidi Groskreutz,  is from Cliffside Park, NewJersey  , and raised in Newport Beach, Californis . As of 2006, she is a six-time U.S.A. Open Swing Dance champion. Heidi  with her cousin Benji Schwimmer,  she became a top 20 finalist in the second season of So You Think You Can Dance.