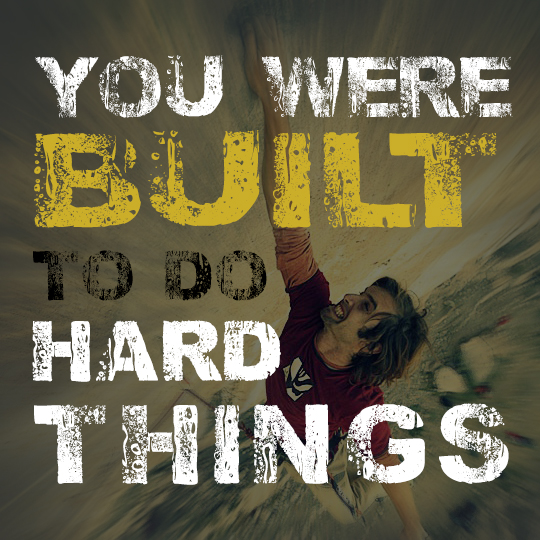 In the last two years, Dawn Meehan has checked one thing off her bucket list. And she checked it off twice. She played on CBS’s “Survivor,” first in South Pacific and then Caramoan. For the South Jordan, Utah, wife and mother of 6 adopted kids, this was a life-changing experience—for her and her family. She still blogs and bakes bread for fun and relaxation, teaches English at Brigham Young University in Provo and is a member of The Church of Jesus Christ of Latter-day Saints (sometimes inadvertently called the Mormon Church). And she remains a self-proclaimed huge fan of the reality show. But you can’t experience something as amazingly soul-stretching as “Survivor” and not come away… changed. She writes on her blog The Deseret Housewife:

…Since returning [from “Survivor”], my whole life has been different. And I don’t mean in a bad way, I’m just saying that I’m a completely different version of myself after playing Survivor two times in 12 months. [1]

Dawn is still a self-described “Mom on a mission… to live a good life.” But she learned some powerful—and sometimes heartbreakingly tough—life lessons as a castaway. Her family, friends and faith in Jesus Christ have helped her along the way. And, true to her nature as a mother and a teacher, she’s sharing them with others.

Life Lesson #1: All Things Are Possible

Being cast on the reality TV show “Survivor” has been a longtime dream for Dawn. She originally auditioned for Season 2: Australia (which taped in 2000 and aired in 2001). But she wasn’t chosen. Then 8 years later, a CBS producer dug her tape out of a pile and “re-discovered” her. She said:

I absolutely love the game. I auditioned for Season 2, it’s a miracle that I even played [eventually]. I watched it forever and somehow casting dug through old tapes and started a conversation with me. It’s remarkable that I’m here. I was cast for Season 21 and cut two weeks before we left, then I made it to Season 23, so basically for the last three summers I’ve had nothing but “Survivor” experiences and preparation. I’m very grateful for it. [2]

Yes, Dawn has learned that all things are possible—even playing “Survivor” twice in 12 months, even when you’re “ancient” by the standards of the game. And she is also thankful to her husband for supporting her dream—so it could be possible. She writes:

My husband (Dave) [is] a pretty phenomenal guy. I don’t know many husbands who would be excited to single-parent their 6 kids and work full-time while their wife plays a game on a deserted island two summers in a row. He’s my hero for letting me live my dream (twice). And I’m telling you, I’ve had his full support—never any guilt over playing. [4]

Gratitude for the seemingly small things in life is another life lesson that Dawn learned. She writes:

One of the greatest “take-aways” from Survivor—for me—has been recognizing how truly fortunate we are I am to have my basic needs (shelter, water, food, freedom to choose, etc.) met on a daily (even hourly) basis.

I mean, I think I was always a grateful person. Well, at least I hope I was. But since Survivor, I’m the kind of person who literally thinks, “How awesome is this toilet?” every time I walk into a bathroom now. Or the kind of person who wants to say out loud, “This water is crystal clear … no diarrhea-fest today!” And I’m not being sarcastic. I literally mean it, “We are so blessed to have clean water and toilets.”

Trying to survive—and stay—on an island for 39 days really helps to put things into perspective. And Dawn is grateful for the experience. She said:

I’m so grateful for the opportunity. It’s been positive and life-changing. It’s been the highest of highs, and the lowest of lows, but overall you see what’s possible, what you’re capable of, and that’s a gift. It’s my version of the Olympics. [6]

Life Lesson #3: You and I Are Stronger Than We Realize

The game of “Survivor” is insanely challenging. Dawn is quick to point out that it is a game, and the players voluntarily participate. Still, Dawn writes:

… We literally starve out there (by First World standards). We are lonely. We are deprived of all basic needs (housing, clean water, food, healthy relationships, clean clothing, etc.). And some of us experience extremely painful exchanges out there. …It’s an insanely unusual and difficult life experience for the players. [7]

But one thing she learned is this:

You and I are so much stronger than we realize day-to-day. … Granted, Survivor provides accelerated and dramatic (and at times unhealthy), challenges for its players, but nearly everyone rises to the occasion.

I’m so grateful to have been challenged on literally every level—spiritually, emotionally, intellectually, physically—by the game of Survivor.

I now look at my life—your life—and our potential entirely differently than I did Pre-Survivor.

Truly, anything is possible.

You can endure all things.

You were built to do hard things.

Yes, you read that right. Vulnerability is empowering. And make no mistake, watching yourself on a nationally televised reality show—knowing that millions of people are tuning in too—is humbling. Dawn writes:

Here we are, living out our dream to play Survivor and be part of the Survivor Adventure, and yet we feel super insecure as we watch the experience with friends, family, and 10+ million others.

It’s made me think. A lot. Why is it so uncomfortable to share your highs and lows in public? I mean, all of us are human; we know we are flawed and imperfect. (We really do.)

And yet it is still really really difficult to watch your imperfections in HDTV. [8]

So when does vulnerability become empowering? When we show the world who we really are and stand proudly by our results. Dawn writes:

Survivor is 100,000 times harder than it appears on TV. And I know in my heart, I did the best I could everyday. I did my best to be kind, while also trying to play hard and win the money for my family. (I mean truly, it’s the Hunger Games. A million dollars is on the line for ONE—and only one—person.) I know some people may question me OR feel disappointed in me, but I promise you I did the best I could to represent my family, faith and friends. Was I perfect? No. …But that’s what makes Survivor MY favorite show: we’re not actors; we’re real people trying to play an insanely difficult game. (No sleep, wet clothes, no toilets, no toothbrushes, very little food, rain, no medicines, away from family, etc.).

So, if you’re disappointed in my gameplay, I’m gonna let ya in on a secret:

I’m not disappointed with how I played. I did my best; that’s all I could do.

Is it fun to see the low-points? Heck no. But, it’s an honest representation of what was happening at that time in this incredibly difficult game. I have to own it. It just IS what it is.

So, I guess I would just like to say this to any of you that feel let down by me:

I promise you, I did THE best I could do under the conditions. I’m not suggesting others couldn’t do better. Maybe you/they could? I just know want you to know that I tried to be thoughtful and give my best everyday, juggling incredibly contradictory goals (be nice, but vote people out). [4]

Vulnerability is empowering when you can walk away with your head high, knowing that—come what may—you gave your all, and that is enough.

Life Lesson #5: Faith and Family Sustain Us Through Life’s Valleys

Dawn will be the first to tell you that she played “Survivor” very differently the second time around. During her initial season, she played with her heart. The second time, she played with her head—more strategically. And she took a lot of heat for it. So much heat that she actually shut down her social media accounts for a time because of all the hate mail. But through it all, her friends, family and her faith have sustained her. She wrote:

This Sunday as I was leaving church, I had an exchange with our Bishop (clergy) that left me feeling so optimistic, I just have to blog about it—in hopes that it may help you feel optimistic, too.

You see, this summer has been a real Mountain-Top and Valley summer for our family. We’ve had some of the best times (Mountain-Tops), but also faced some real hardships (Valleys). And I think it’s safe to say as for me and mine, we prefer the Mountain-Top experiences. Ha. …

As I was leaving church Sunday, probably looking a little less than my perky self, our Bishop came up to me and simply said, “We’ll get through this.”

We’ll get through this.

And that was it. That was all that needed to be said.

Those four little words gave me such relief.

You see, he’s right: we aren’t alone in our troubles. Our friends and family are here to help us journey through. And although things may not be perfect, we will get through them. …[9]