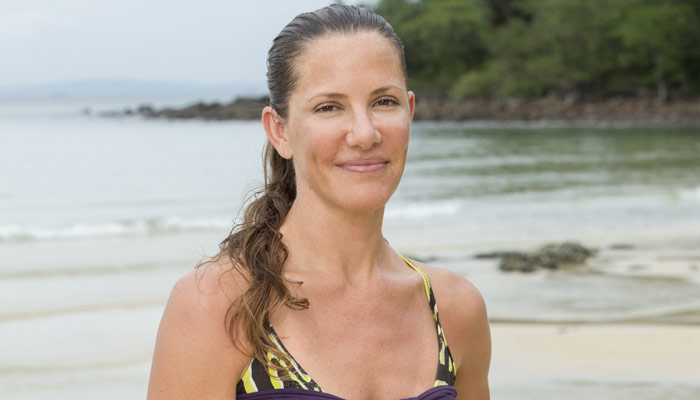 She was a resident of Las Vegas before appearing on the show.  To prepare for the challenge, she diligently practiced Tae Bo to get in shape.  She also maintained a strict diet of fruits and vegetables to acclimate to the island fare.  But she wasn’t prepared for the cast members’ sleazy tactics and back-stabbing in an effort to win the $1 million prize.  She won five immunity challenges, and no one ever voted against her.  In the final episode, she lost to Richard in a vote of three to four.
Source: Contestant a true ‘survivor’ by Kimberley McGee, Las Vegas Sun, 23 Aug 2000