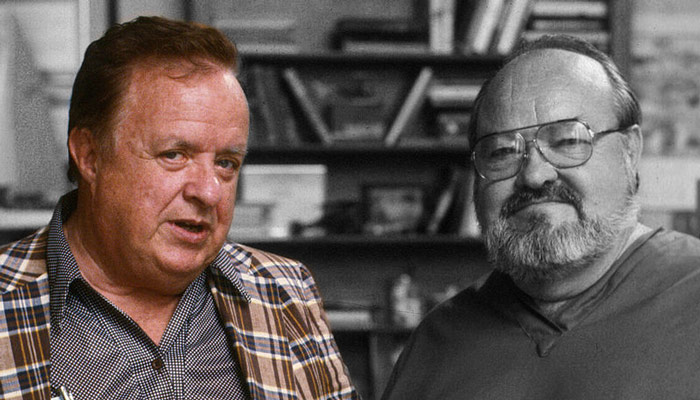 He is known as the father of Emergency Medicine and Shock Trauma His pioneering work in open-heart surgery, trauma care and the development of emergency medical services systems is a monumental legacy that continues to affect the lives of millions who are treated in trauma and emergency centers around the globe

R. Adams Cowley, M.D., is known today as the father of Emergency Medicine and Shock Trauma. His pioneering work in open-heart surgery, trauma care, and the development of emergency medical services systems is a monumental legacy that continues to affect the lives of millions who are treated in trauma and emergency centers around the globe.

Dr. Cowley was born in 1917 in Layton, Utah, to a well-off family of Scottish-English ancestry. His mother was Alta Louise Adams. His father, William Wallace Cowley, built sugar factories in the Intermountain area of the United States and in Canada.

After graduating from Davis County High School, he attended the University of Utah, where he played football and took science and engineering classes to fulfill pre-med requirements. Initially distracted by sports and a busy social calendar, he failed out after his first year and was dismissed from the university. Scrambling to support himself and his new wife, Marjorie Smith, he acknowledged his mistakes, and with the aid of his mother-in-law was re-admitted to the University of Utah. Ultimately he graduated with a B average and applied to medical school in 1939.

After receiving his undergraduate degree, Cowley moved to Baltimore and matriculated at the University of Maryland School of Medicine in 1941. Following medical school, Dr. Cowley entered a series of internships and residencies to become a surgeon. After the Second World War and the return of troops from overseas, Dr. Cowley’s surgical residency was cut short when he was called up from army reserve to help redress the shortage of regular troops in Europe.

Upon returning from Europe, Dr. Cowley practiced new techniques of vascular surgery and open-heart surgery in an animal research laboratory. “It became a sacred thing,” Dr. Cowley said of operating on animals. “They’re allowing you to use their body to learn [and so] you really develop a compassion for these animals, and you do your best to spare them pain and indignity.”

Dr. Cowley became so adroit and precise that he could perform open-heart surgery to cure a dog of a worm infection in four to eight minutes.

At the University of Maryland, Dr. Cowley combined the state-of-the-art techniques he learned in Germany with the unique skills he developed in the dog lab to treat civilian patients. With a grant from the Army, he established the first shock trauma center in the world on a model of trauma care that emphasized speed.

Within the hospital, Dr. Cowley set up what others called “the death lab,” a place where patients from the Emergency Room who were dying would spend their last days. In this lab, Dr. Cowley and his team studied every change the body went through when dying—changes in the acid base of the blood, oxygenation, and electrolytes that caused the patient to be in shock—and found that if he could get the fluctuations under control within an hour of the original trauma, the patient would likely survive. He called this the “golden hour,” and the idea has become a standard principle of emergency medicine ever since.

The fruits of Dr. Cowley’s labor are seen across multiple health and safety disciplines today. The Maryland Emergency System, the first ever statewide EMS organization, functions by coordinating the efforts of physicians, nurses, ambulance services, police and fire departments, and government officials.

In 1989, officials at the University Hospital in Baltimore opened an eight-story state-of-the-art trauma center named after Dr. Cowley. That center is a leading training institution where medical students and residents practice cutting-edge care for the critically injured and also focuses on trauma prevention, injury control and public policy as a way of saving lives.” That center is a fitting tribute to Dr. Cowley’s innovative career, and “the thousands of trauma victims alive today . . . are a living testimony to his dedicated work.”

Dr. Cowley’s dedication to the lives of his patients left little time for full activity in his Mormon faith. However, as personal letters and private conversations attest, he continued to feel his upbringing was an invaluable tool for all he accomplished in his life. He observed, “The Church was very important to me personally and a tremendous background for anything I was to do after, especially as it related to perseverance, loyalty, honesty, these kinds of things.”

His faith taught him to be “always positive, tell the truth, and try to do as much as you possibly could.”

Perhaps in response to the cajoling of Dr. Cowley’s home teachers, one church friend, also a doctor and colleague, expressed in a letter his belief that few have fulfilled the Savior’s admonition to visit the sick and afflicted as well as Dr. Cowley had done. In 1990, much later than most of his fellow Church members would have done, Dr. Cowley received his patriarchal blessing, and passed away within a year. His funeral was held at an LDS meetinghouse in Lutherville, Maryland, and he was buried in Arlington National Cemetery.

Speaking at the services, Governor William Donald Schaefer said as he was driving to the funeral he looked out his car window and thought, “There will be an accident somewhere today, and a life will be spared,” all because of the system that Dr. Cowley set up.