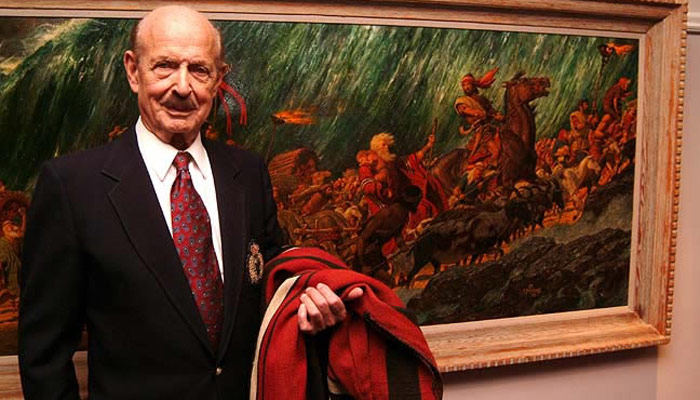 “Friberg, whose Swedish father and Norwegian mother were both Mormon converts and immigrants to America, began drawing at a young age. By the time he was eight, he had aspirations to be a newspaper cartoonist, but after studying at the Chicago Academy of Fine Arts and later in New York, he went on to become a noted commercial artist and illustrator. He is best known for his work with Cecil B. DeMille’s film The Ten Commandments and his nearly four decades as Chief illustrator of the Royal Canadian Mounted Police. . . .[The] legendary Hollywood mogul Cecil B. DeMille . . . commissioned Friberg to develop the artistic look and costuming for the classic film The Ten Commandments. The artist provided large paintings along with drawings of actors with their individual dress. Because the movie schedule was tight and the Book of Mormon series was not yet finished, Friberg asked President David O. McKay for advice.