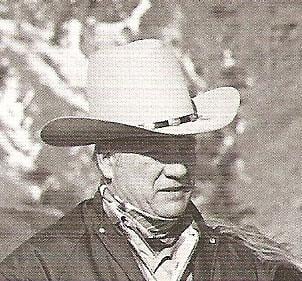 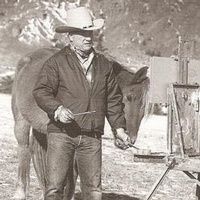 Melvin “Mel” McDonald Fillerup was a member of The Church of Jesus Christ of Latter-day Saints and an American Painter. He was born in Lovell, Wyoming, on 28 January 1924. He was the son of Albert Frederick Fillerup and Grace Stevenson McDonald. He joined two brothers and two sisters from his father’s first marriage and two brothers by his father’s second marriage. Three more brothers joined the family in the following years.

He was known for his landscape, genre, figure, and animal paintings. His work has been offered at auction multiple times, with prices ranging from $10 to $2,588, depending on the size and medium of the artwork. He is listed as a notable artist by Marquis Who’s Who.

Melvin gained a keen interest in drawing and painting from an early age. In his family’s home library was a set of children’s books entitled My Bookhouse and Drawing Made Easy by Charles Lederer. Melvin copied many of the illustrations and went through the exercises in the Drawing Made Easy book many times. In those days, art was not taught as a subject in schools, nonetheless, he was unofficially dubbed the class artist.

He graduated from Lovell High School as WWII began. He and his brothers served in the military. Miraculously all returned home. Melvin went through Officers Training School and was eventually promoted to Captain. He served in the Pacific in the Philippines. After his active duty military service, he served from 1942 to 1960 in the United States Army Reserve and retired with the rank of major.

After being discharged from military service, he enrolled at the University of Wyoming and studied Law. While there, he met Ruth McNiven. They were married in the Salt Lake City Utah Temple on 11 March 1948. Melvin and Ruth were devoted to each other in a love affair that lasted 62 years. Together they had seven children (four boys and three girls) — Selvoy, Melvin, Peter, James, Mary Beth, Karen, and Sharon.

In 1977, he decided to make painting his full-time profession. He was blessed to have had the good fortune to come under the influence of Conrad Schwiering, Paul Bransom, Bob Meyers, Robert Lougheed, and Bill Reese. He worked in watercolor, oil, and drawing mediums.

Melvin was a member of several art groups including the Cody Country Art League, the Society of Animal Artists and the American Cowboy and Indian Artists Association (president 1982, gold medal 1981 and 1982). He was honored by the Buffalo Bill Historical Center with the William Weiss Purchase Award which he considered one of his greatest honors.

Melvin worked with all his heart to live faithful to his testimony of Jesus Christ. He served four full-time missions for the Church of Jesus Christ of Latter-day Saints. The first was in Ireland with the support of his wife Ruth, and later they both served together, twice in Portugal and in New Jersey. He passed away in Cody, Wyoming, on 2 July 2010.