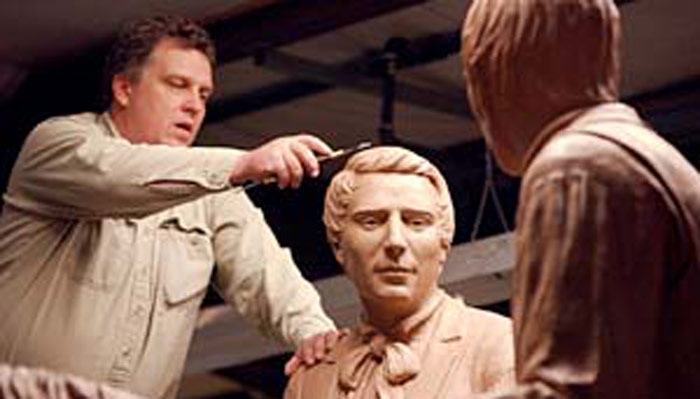 Stan Watts was born in Salt Lake City Utah and grew up in the city’s Sugarhouse neighborhood. While attending Salt Lake’s South High School he was already a noted artist, being recognized as a Sterling Scholar in art; the Sterling Scholar designation being one of Utah’s highest academic recognitions for High school students. Stan went on to attend Utah State University but only for one year. After returning to Salt Lake City Watts was tutored by noted sculptor Dr. Avard Fairbanks, Stan has done many LDS themed works, including a large bronze piece depicting Joseph and Hyrum Smith on horseback; this statue is placed directly in front of the Nauvoo Illinois Temple. One of Watts’ most famous pieces is entitled “To Lift a Nation”, and is taken from the famous photo of New York City firefighters raising a flag over the collapsed World Trade Center site. Some info from wikipedia