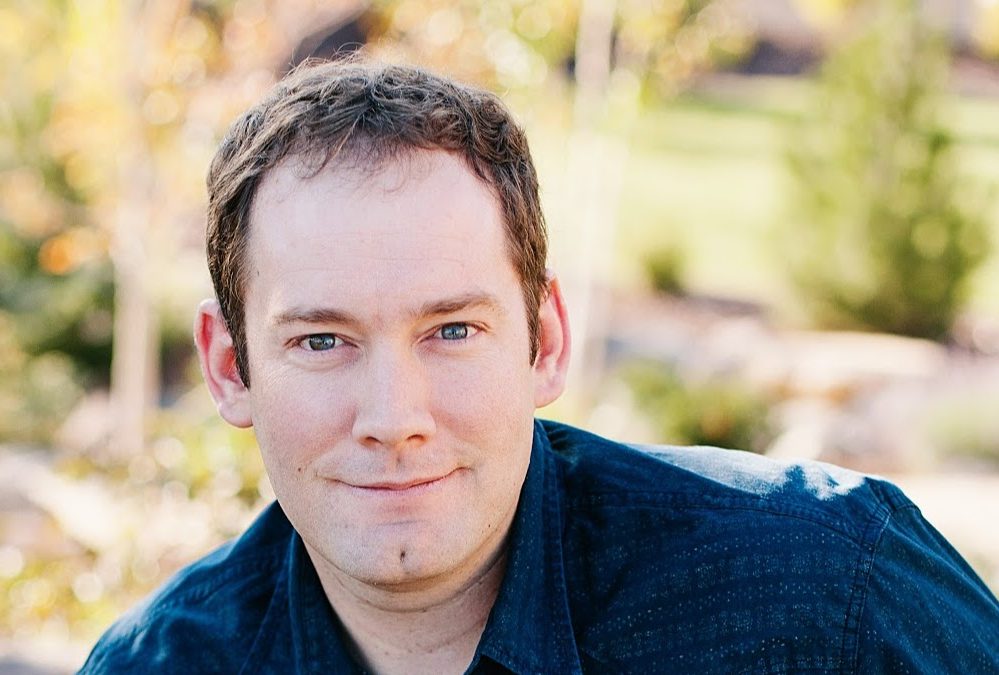 Brandon Mull is a New York Times best-selling fantasy author. He has written a number of fantasy series, including the well-loved Fablehaven books.

Growing up, Mull lived in both Connecticut and California. He served as a full-time missionary for The Church of Jesus Christ of Latter-day Saints in Northern Chile for two years and later graduated from Brigham Young University in Provo, Utah. He currently lives in Alpine, Utah, with his wife, four children, and dog.

While in college, Brandon Mull was a leader for the sketch comedy group Divine Comedy. But comedy was just one of many jobs that he had along his journey to become an author. As he told the Deseret News, Mull also worked as a filing clerk, a piano installer, a movie prompter, and a marketing copywriter.

He continued writing his stories on the side. He had tried submitting a novel to many publishers when an editor at Shadow Mountain Publishing asked him to write something new for them. He wrote Fablehaven, and the book was an incredible success. Six months later, he was able to quit his job and start writing full-time.

His books give him a way to take the fantasy imaginations in his head and put them onto paper for people around the world to enjoy. “I live my life with one foot in reality and the other in fantasy,” he said. “That is how I cope. So I guess it makes sense that to create my books, I draw elements from my real life then add in lots of fantasy.”

Brandon Mull also spends time visiting schools to promoting literacy and imagination. He says he loves to hear that one of his books inspired somebody’s love for reading.

He had many books that inspired his love for reading—one of which being The Lion the Witch and the Wardrobe, which he says “knocked [his] brain off-kilter forever.” It caused him to start daydreaming constantly about fantasy creatures and magical worlds. “I could never turn it off,” he said.

Brandon’s books have reached many, and so has his influence. As a member of The Church of Jesus Christ of Latter-day Saints, he is not afraid to share his faith.

He told LDS Living, “So far, being a Mormon has only seemed to benefit my career. I write family-friendly fantasy in the tradition of Harry Potter, so my publishers encourage me to keep the content clean. And my membership in the LDS Church has given me personal insights into principles that I can incorporate in my stories.”

“I have felt the Savior’s help in my life and in my career in real ways, and am not shy about sharing that I believe He really can help and save us.”

Brandon Mull’s books have been translated into over 30 languages. His writings include: 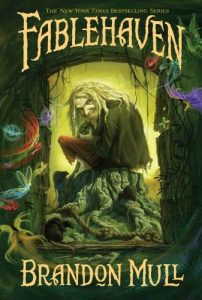 Fablehaven. New York Times best seller. It is the story of a hidden refuge for magical creatures.  Kendra and Seth, whose grandfather is the Fablehaven caretaker, take part in exciting and dangerous adventures to save their family and possibly the world.

There are five books in the series:

Fablehaven: Rise of the Evening Star

Fablehaven: Grip of the Shadow Plague

Fablehaven: Secret of the Dragon Sanctuary

Fablehaven: Keys to the Demon Prison

The Candy Shop War. The story of four friends— Nate, summer, Trevor, and Pigeon— and their adventures at the Sweet Tooth Ice Cream & Candy Shop. The candies there have unique, magical side effects.

There are two books in the series:

The Beyonders. Jason and Rachel accidentally stumble into a new world— Lyrian. They embark on a quest and must accept the responsibility of being heroes.

There are three books in the series:

Beyonders: A World Without Heroes

The Five Kingdoms. A haunted house turns out to be a portal, taking Cole on an adventure between reality and imagination.

There are currently four books in the series, with one more to be released soon:

Spirit Animals. A multiplatform, “part engrossing book series, part action role-playing game.” The books were spear-headed by Brandon, and the first book was written by him. The other books in the series were written by other authors.

Pingo and the Playground Bully

Dragonwatch. In March 2017, Brandon Mull released the first book in a new series- Dragonwatch. It is a sequel series to the famous Fablehaven, continuing the stories of Kendra and Seth’s adventures in the magical world.