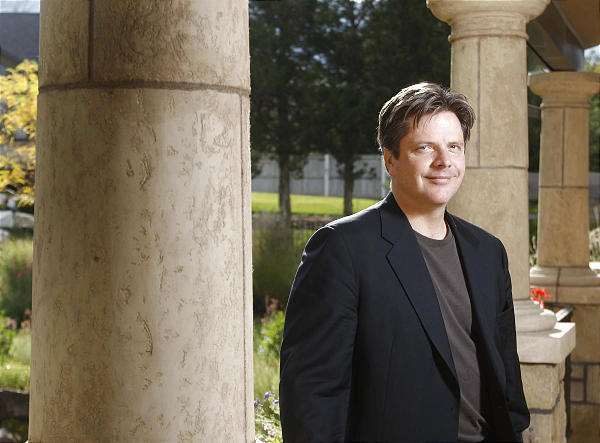 Richard Paul Evans (born 11 October 1962) is an American author, best known for writing The Christmas Box and, more recently, the Michael Vey series. He graduated from Cottonwood High School in Murray, Utah, and graduated with a B.A. degree from the University of Utah in 1984.

While working as an advertising executive he wrote a Christmas story for his two young daughters. Unable to find a publisher or an agent, he self-published the work in 1993 as a paperback entitled The Christmas Box. He distributed it to bookstores in his community and it became a local bestseller, prompting him to publish the book in that region. The next year, The Christmas Box hit #2 on the New York Times bestseller list, inciting an auction for the publishing rights among the world’s top publishing houses. He signed a publishing deal with Simon & Schuster who paid him $4.2 million in an advance.

Released in hardcover in 1995, The Christmas Box became the first book to simultaneously reach the number-one position on the New York Times bestseller list for both paperback and hardcover editions. That same year, the book was made into an Emmy award-winning television movie of the same title, starring Richard Thomas and Maureen O’Hara. The book is now published in 18 languages with more than 8 million copies in print worldwide.

During the spring of 1997, Evans founded Christmas Box House International, an organization devoted to building shelters and providing services for abused and neglected children. As of 2017, more than 35,000 children have been served by Christmas Box House facilities. He also founded the group “Tribe of Kyngs” to combat feelings of isolation among men and the belief that “masculinity is no longer valued”. Initiation into the group includes a coronation ceremony.

Richard Paul Evans is a member of The Church of Jesus Christ of Latter-day Saints (often mistakenly called the “Mormon Church”). He currently resides in Salt Lake City, Utah, with his wife Keri, five children, and one grandson. His latest book, The Noel Stranger, was published on 6 November 2018.