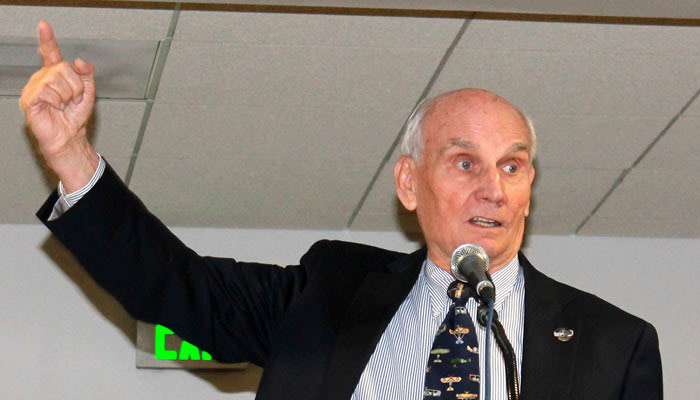 Garn was chairman of the Senate Banking, Housing, and Urban Affairs Committee and served on three subcommittees: Housing and Urban Affairs, Financial Institutions, and International Finance and Monetary Policy. He also was a member of the Senate Appropriations Committee and served as Chairman of the HUD-Independent Agencies Subcommittee. He served on four other Appropriations subcommittees: Energy and Water Resources, Defense, Military Construction, and Interior. Garn served as a member of the Republican leadership from 1979 to 1984 as Secretary of the Republican Conference.

Garn spent time as an astronaut.  At the conclusion of the mission, Garn had traveled over 2.5 million miles in 108 Earth orbits, logging over 167 hours in space as the world’s first space tourist. The space sickness he experienced during the journey was so severe that NASA named the “Garn scale” of space sickness after him, and he was quickly dubbed “Barfin’ Jake” by his Senate colleagues.

In 1993, Jake Garn had a conversation with his three-year-old daughter that changed everything. She saw the Capital Building and television and told her father that was where he lived. He corrected her and said it was only where he worked. She said, “No, it’s where you live.” 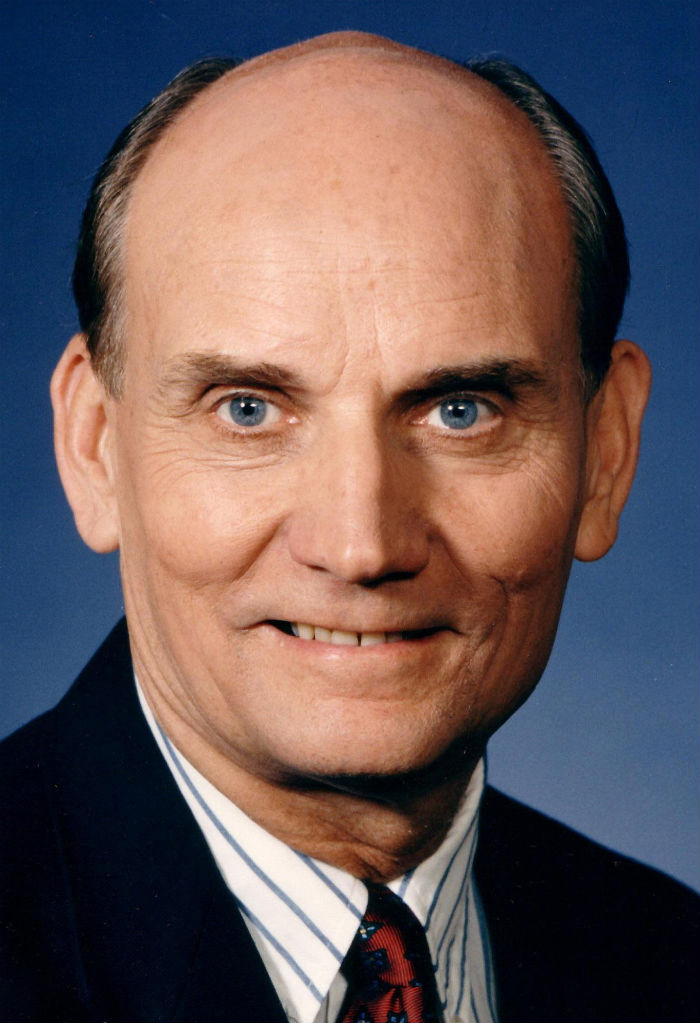 He realized his job as a Senator had become too important and was pulling him away from his family far too much. He refused to run for re-election and joined his family back in Utah.

Garn is a member of the Church of Jesus Christ of Latter-day Saints, which counsels members to put their families first. Although he is still a very busy man, he now has a career that allows him more control over family time.

His political career began when he served on the Salt Lake City Commission for four years. He was elected mayor in 1971. He was elected to the Senate in 1974 and re-elected in 1980 with 74 percent of the vote, setting a new state record.

Garn has had a busy and varied career. In the past, he has been an insurance executive and a Navy pilot. He retired from the Utah Air National Guard as a Brig. General and is also a private pilot.

His greatest flight experience came while he was a senator. He became the first senator to go into space while in office. He served as a payload specialist on the space shuttle Discovery, performing medical tests while circling the earth 109 times. At that time, he chaired the subcommittee that oversees NASA.

Garn also made news when he offered to donate his kidney to his daughter, who had diabetes from childhood. Although her brothers were also a match, Garn wanted to be the one to give her the kidney. Staff told her she had the first ever donated kidney to have circled the earth in space. He took time out of his re-election campaign for the surgery, which was successful.

Since giving up his senate seat, he has become a partner in a lobbying and consulting firm and sits on the board for several companies. He spends the majority of his time, however, in volunteer, work, serving on the boards of several non-profits and speaking to children and teens about his space flight.

Garn told the Deseret News that he likes to encourage kids to get educated and pursue their dreams. “I was 25 when Sputnik flew. Who could have envisioned (the space shuttle)? My message to the kids is, I can’t predict what you’ll be able to do because I couldn’t forecast my own life. But you’ll need to be educated so you can stand up and say, ‘I can do that.’ ”

In whatever free time he has, he enjoys flying his airplane.

Garn has seven children from two marriages. (He was widowed.) Four of them have served missions for the Church of Jesus Christ of Latter-day Saints. His first wife, Hazel Rhae Thompson, was killed in a car accident in 1974. She and Jake had four children. He later married Kathleen Brewerton, who had one son of her own. Together, they had two children.