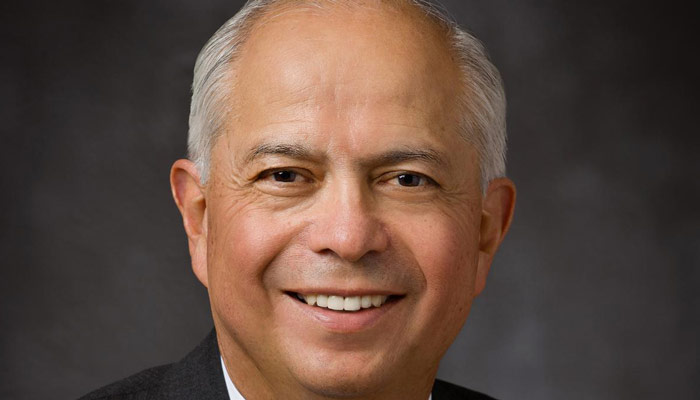 Head of the US Bureau of Indian Affairs 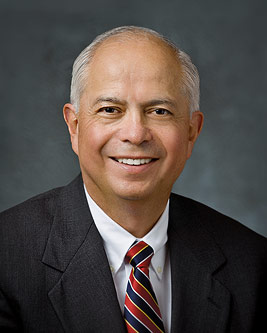 Larry Echo Hawk is a famous Mormon attorney, legal scholar, politician, father and grandfather, and LDS Church leader [1]. He is a “member of the Pawnee Nation of Oklahoma” [2] and member of The Church of Jesus Christ of Latter-day Saints (inaccurately called the Mormon Church by the media). He currently serves the LDS Church as a member of the First Quorum of the Seventy (composed of witnesses of Christ similar to the Twelve Apostles). He said, “I could not have accomplished the things that I’ve been able to do in my life without the gospel of Jesus Christ.” [2]

The famous Mormon American Indian was born in Wyoming, grew up in New Mexico, attended school in Utah, and lived in Idaho. Echo Hawk attended Brigham Young University on a full-ride football scholarship and studied physical education and zoology. Since obtaining a Juris Doctorate at the University of Utah (1973), he has practiced law “to help improve the lives of Native Americans.” [2]He began his career at California Indian Legal Services and then started his own practice in Salt Lake City, Utah (1975), which “dealt primarily with Indian law”.

In 1977, Elder Echo Hawk became one of the first Native American lawyers to serve as a tribal attorney, helping create change that would enable Indian nations and people to advance and protect their rights and improve their economic conditions.

In 1990, after four years in Idaho’s House of Representatives, when he was elected as Idaho Attorney General, he became the first American Indian in U.S. history to be elected as a state attorney general… [2]

Echo Hawk shared his passion of law and knowledge of Indian culture while serving the community. The famous Mormon taught courses at Brigham Young University in criminal law, criminal procedure, and federal Indian law [1]. In 2009, “he was appointed by President Barack Obama to be Assistant Secretary for Indian Affairs in the United States Department of the Interior.” [2]

Under his administration of the department the amount of land held in trust by the Federal Government for Native American groups was increased by 158,000 acres. He also oversaw several water agreements for Native American groups. It was also under his direction that implementation of the Tribal Law and Order Act occurred. While over Indian Affairs, he oversaw the formation of the Tribal Leadership Conference which provides for an annual meeting between leaders or other representatives of the 566 federally recognized tribes and the United States President and all members of the Cabinet. [1]

He left his position as the Assistant Secretary of the Interior for Indian Affairs on April 27, 2012 to “step into his calling as a member of the First Quorum of the Seventy”. The Church of Jesus Christ has been an important part of his life, since the age of 14, when he decided to get baptized. Echo Hawk knows The Book of Mormon: Another Testament of Christ (scripture written by ancient prophets in the Americas) is true, and stood up for his Christian beliefs at boot camp, under the Marine Corps. [2]

When at 17 he sustained a serious eye injury that threatened to take the sight of one eye, “I committed to the Lord that if I would be able to keep my eyesight, I would read the Book of Mormon,” he said.

He regained use of his eye and read 10 pages every day for nearly two months.

“It was the most powerful spiritual experience I’ve ever had when the Holy Ghost witnessed to me that the Book of Mormon was true,” Elder Echo Hawk said. “That experience has empowered me throughout my life to help me improve.” [2]

Elder Echo Hawk recalled an experience that he had at bootcamp:

[At boot camp] A drill instructor had ordered all the recruits to stand at attention while he went down the line, ridiculing each loudly and vulgarly. Upon reaching recruit Echo Hawk’s bunk, the drill instructor dumped all of his belongings from his duffle bag onto the bed.

“The drill instructor looked through my things and grabbed my Book of Mormon,” he recalled at a BYU devotional in 2007. “I expected that he would yell at me as he had done with all the other recruits. …

“He paused, raised his hand holding my Book of Mormon, and then, in a very quiet voice, said, ‘Do you believe in this book?’

“I yelled out, ‘Yes, Sergeant Instructor!’ ”

The drill instructor was silent for a moment, then gently returned the Book of Mormon and proceeded on… Elder Echo Hawk [said]… “I am glad I was able to say without hesitation that I am a Mormon and that I know the Book of Mormon is true. That testimony is a precious gift given to me…” [2]

Echo Hawk believes his family is important and his relationships, with his wife; 6 children; and 24 grandchildren, can be eternal. He baptized his wife Teresa (Terry) Pries, when she was 19. Elder Kimball married them in the Salt Lake Temple. [2] Mormon temples are houses of the Lord, where couples can marry for eternity. “The divine plan of happiness enables family relationships to be perpetuated beyond the grave. Sacred ordinances and covenants available in holy temples make it possible for individuals to return to the presence of God and for families to be united eternally.” [3]

Career: Staff attorney with California Indian Legal Services from 1973–1975; attorney for Echohawk, Thorne, Ross, Sloan, and Kearl from 1975–1980; Special Prosecutor for the Navajo Nation in 1985; Chief General Counsel of the Shoshone-Bannock Tribes from 1977–1986; member of the Idaho House of Representatives from 1982–1986; Bannock County Prosecuting Attorney from 1986–1990; Attorney General of Idaho from 1990–1994; professor of law at the J. Reuben Clark Law School at BYU from 1994–2009; Assistant Secretary for Indian Affairs, U.S. Department of the Interior from 2009 to present.

Military Service: Participated in the Platoon Leader Class training program at Quantico, Va., from 1968 until he was honorably discharged from the United States Marine Corps in 1970.