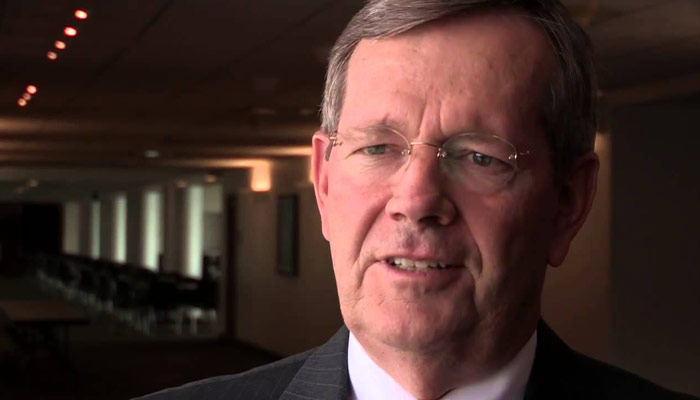 Michael Okerlund Leavitt (Mike Leavitt) is a U.S. politician of the Republican Party and a member of The Church of Jesus Christ of Latter-day Saints. He served as the fourteenth governor of the state of Utah from 1993 until 2003. His re-election in1996 earned him the most votes in Utah’s history. He was the second governor in state history to be re-elected to a third term.

In 2003, President Bush asked him to become administrator of the Environmental Protection Agency (EPA). He was sworn in that same year with a Senate vote of 88-8. As a member of the EPA, Mike Leavitt instituted laws to improve pollution levels in the U.S. He also worked on a plan to depollute the Great Lakes.

In 2004, President Bush asked Mike Leavitt to serve in his cabinet as the 20th Secretary of Health and Human Services (HHS). He was sworn in on January 26th, 2005. During his time as Secretary of the HHS, Leavitt pointed out that the Medicare system was in trouble and in need of reform. During his time as Secretary, the Medicare prescription drug benefit was implemented, the efforts of the FDA were globalized, and a new strategy for ensuring the safety of imported products was created. He also improved national medical emergency plans to help safeguard against possible pandemics. He was especially worried about the threat of the avian influenza virus as explained by Dr. Michael McCoy, a member of the World Health Organization.

Mike Leavitt was born in Cedar City, Utah to LDS parents. He went to Southern Utah University and graduated with a degree in business. He married Jacalyn Smith, and they have five children—four boys and a girl—along with a growing number of grandchildren.

In 2000, the Leavitt family established a charitable foundation, the Dixie & Anne Leavitt Foundation, to which they have donated roughly $9 million.