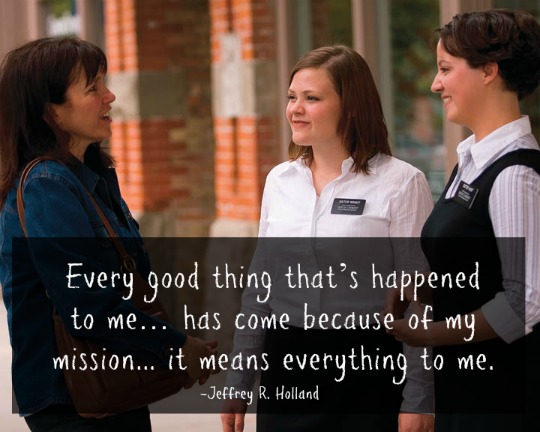 Jordan Bachynski is a basketball player at Arizona State. His career has captured the imagination of journalists because, after missing his final high school season due to injury, he then served a mission for The Church of Jesus Christ of Latter-day Saints, whose members are sometimes nicknamed Mormons. Many young Mormon athletes struggle with the decision to take a two-year hiatus for missionary service if they seem to have a strong chance at college or professional sports. They are often told it will be impossible for them to return to sports following a mission. Missionary service is not required, but for young men, it is strongly encouraged.

Jordan chose to put God before basketball and began missionary service in Florida at age nineteen. Missionaries are given a brief exercise period each day and have the opportunity to shoot hoops on their one day off, but they are not there to build or maintain their athletic skills. For this brief time in their life, the entire focus is on spiritual development and on sharing their faith with others and performing community service. They have the rest of their lives to focus on their careers.

Jordan Bachynski’s coaches recognized that having gone three years without coaching or training meant he would face a difficult learning curve. Others warned him it would take a year to return to full strength. However, Jordan is impatient. He was determined to get back into the game immediately. He did get playing time but finally understood his legs were not yet strong enough and his conditioning was not yet in top form. He came to accept that he needs to give his body time to adjust to a return to sports. His coaches worked to give him opportunities to serve the team within the limits of his skills. He has an exceptional talent for blocking shots.

Jordan’s mission taught him a great deal about perseverance. He served in a Spanish-speaking mission and worked in rough areas. People were often rude and he found himself spit on and called names. He kept working however, and found several opportunities to work with people who listened to his message of faith and hope. He taught a gospel that says anyone can change his or her life and this had an impact on some of those he taught. He watched several of his investigators (students) commit to changing their lives. They joined the church and left their violent gangs behind. He found those types of experiences made the less successful ones worth it. How often do young adults get to change lives—and potentially generations of lives—for the better?

Jordan comes from a family of athletes and his brother, also a former Mormon missionary, is now playing for Utah, providing a little competition since the two could find themselves playing against each other from time to time. He says they have always been competitive, so he sees this as a positive motivation for improvement. Their first match-up came in January of 2013. Their father was thrilled since it meant a Bachynski would win no matter what happened, but their mother dreaded the game because a Bachynski would lose no matter what happened, and as a family of athletes, they don’t like to lose. Jordan’s brother, Dallin, served a mission in Croatia.

Their parents met at a pick-up game in Edmonton, Canada. She was a basketball player on her school team and he was a missionary. Since missionaries cannot date, a romance had to wait until after the mission ended and her future husband could return to explore the possibility of a relationship.

One of Jordan’s earlier challenges was that he was considered too nice for competitive sports. In high school, family friends who saw the problem both boys faced with niceness, suggested they create an alter-ego to use on the court. On the court, they could be as nice as they wanted to be and their faith taught them to be. On the court, they could be as fierce as their coaches wanted them to be. They adopted comic book persona to help them think of themselves as transforming (Batman and Wolverine).

Jordan is married to Malia, a former college volleyball player.

Alex Simms (another Mormon athlete who chose a mission)