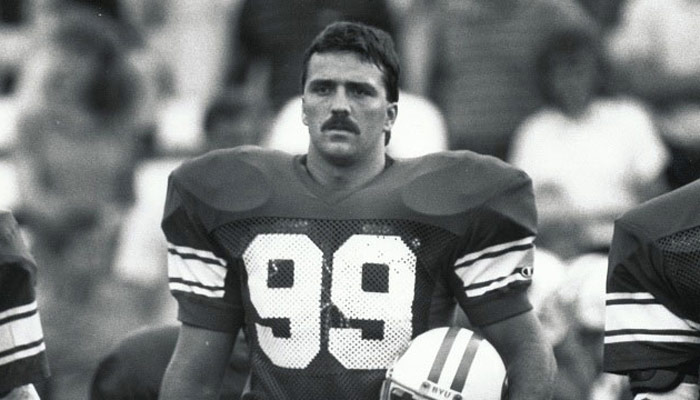 He attended Ricks College and BYU. In 1986 he won the Outland Trophy as the nation’s outstanding collegiate lineman. In 1987, he was chosen by the Cincinnati Bengals in the first round of the NFL draft. In 1989, Cincinnati went to Super Bowl XXIII (23). In 1991, he joined the Washington Redskins as an unrestricted free agent. He missed half of the season with an injury but helped the Redskins win Super Bowl XXVI (26) over the Buffalo Bills. In 1993, recurrent injuries forced him to retire from football.
Source: Hickok Sports